We are happy to announce that we are now offering an Ultra-thin conversion for the A7 series. This new filter is only 0.2mm thin, 4x thinner than our previous thin filter conversion! At this thickness, the UT outperforms the V2, and performs compatibly to the Leica M9 in terms of corner sharpness. The UT filter is also AR coated to reduce sensor reflections. This is our new default thin filter conversion. Our old V2 conversion service is no longer available for purchase.

As one of first full frame mirrorless camera, the Sony A7-series (A7, A7r, A7s, A7II, A7RII, A7SII, A7R III, A9) holds a lot of promise for users of legacy 35mm lens, thanks to it’s short flange distance and wide range of adapters available.  Unfortunately, these cameras have less than optimal performance on many classic lenses owing to the extra glass of the lowpass/IR filter that is attached directly to front of the sensor.  When these lenses were originally designed for film cameras, there was nothing between the lens and the film, so adding an element to the optical path causes degradation of the image, particularly toward the edges/corners.  Our friend Roger at LensRentals wrote some excellent articles explaining the science behind this that you can find here.  The Sony A7 series is particularly problematic since it uses a very thick sensor filter which makes many otherwise excellent lenses unusable at the corners by ‘smearing’ the image – something (unlike vignetting or color shift) that cannot be corrected later.

Michael Demeyer, a photographer in San Francisco, approached us and suggested using our experience in IR modifications, where we replace these sensor filters, to improve the A7-series performance on Leica and other rangefinder lenses by replacing the filter in these cameras with a thinner version. He loaned us a Leica M-mount Voigtlander 21mm Color-Skopar F4.0 lens, widely known as problem because of it’s very short exit pupil distance, to use for development.

We are pleased to announce that, after 4 months of development work, we are able to offer this service – a thin filter replacement for the Sony A7-series that significantly improves corner sharpness of legacy lenses (especially wide-angle rangefinder lenses) compared to the stock cameras. Using the same techniques proven in our successful IR modifications, we install a much thinner filter (of Schott optical glass) and then recalibrate the focus on the camera to compensate for the thinner glass. With continuing developments, we are now installing an even thinner corrosion resistant version of this filter that is durable even in humid regions.

We are also now finally able to support the A7II,A7R II, A7SII, and A9 for conversion. We wanted to be sure that our conversion was able to maintain proper IBIS stabilization features and wanted to have it tested independently to eliminate any bias. Jim Kasson has done some extensive quantification on the level of shake reduction the A7II can reach, and he agreed to test our A7 II mod.  He went above and beyond and developed a system to accurately shake the camera, and his conclusion was  “It’s clear that, in this case, the IBIS operation is in no way impaired by the Kolari modification.” You can see his full results here.

Below are 1:1 pixel crops of the image corner and center taken with the 21mm Color-Skopar lens at f11 on a Sony A7 before and after modification. 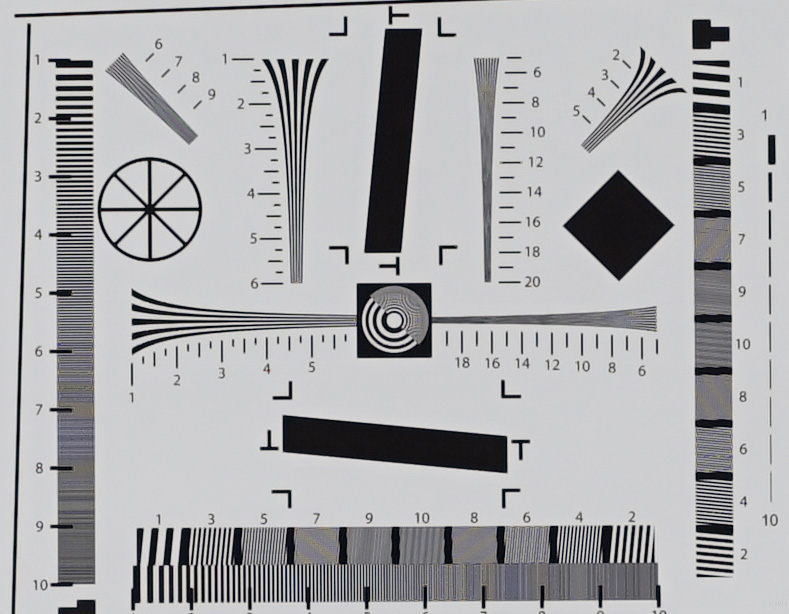 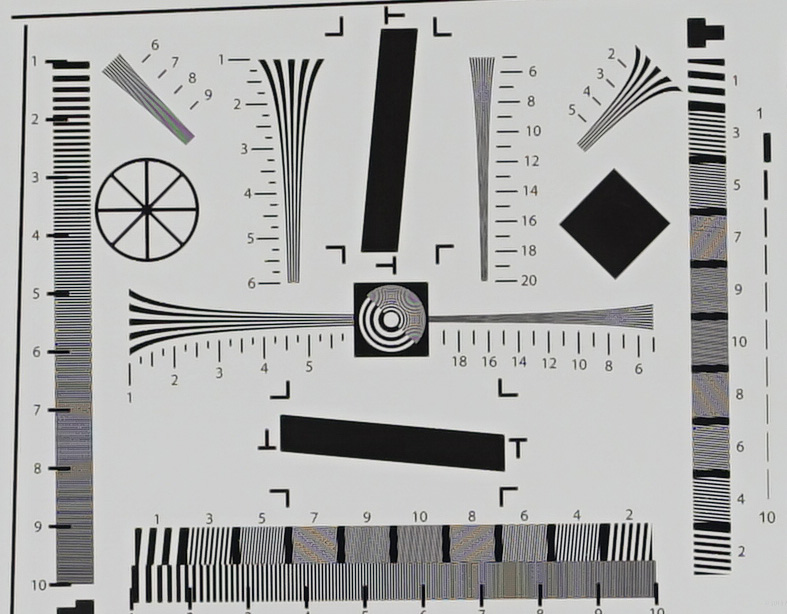 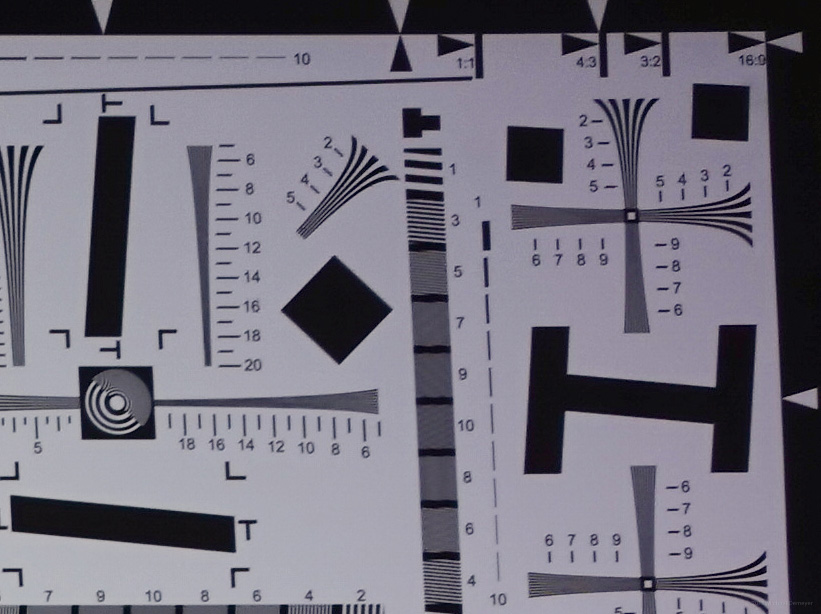 As predicted by Roger and Brian’s analysis, the center is not changed by this modification but the corner performance is dramatically improved.  (Note that these images have been compensated for the lens fall-off using the standard tool in Lightroom and are color balanced based on the white target in the center.)  While improving the sharpness significantly, it is important to note that we have not seen changes to the color-shift or vignetting that occurs with some lenses (including this one), which we believe is a function of the sensor design and not the filter stack.  As mentioned earlier, unlike the image ‘smearing’ that is improved by this modification, vignetting and color shifts can be addressed with tools like CornerFix and those in Lightroom.

Now, you might be wondering how this modification impacts performance with the original Sony lenses.  Luckily we have not seen a significant change in performance with lenses designed for the A7-series cameras and Roger at LensRentals has independently run his own tests on a modified A7r and seen the same thing.  You can see his results here. Lloyd Chambers of diglloyd has also kindly ran a series of independent tests for us in a real world setting, you can see his results here, with high resolution comparisons available with a subscription.

When shooting with the UT conversion, some of our users have encountered significant color shift with certain lenses. Derek Zaraza provides an excellent in-depth review on this topic and how to correct for it along with a thorough investigation into the filter’s overall performance.

A summary of tests done with various lenses: here

General discussion of the service: here

The Kolari Vision Thin Filter Modification allows the Sony A7-series cameras to deliver on the promise of a modern non-Leica solution for legacy and modern rangefinder lenses.  At this time the modification is available for the A7, A7s,  A7r, A7 II, A7R II, A7SII, A7R III, and A9.

–New thinner filter, with thickness the same as reported to be used in Leica bodies

–Included anti-aliasing filter removal as part of the service

–Fully maintained IBIS functionality in the A7 II, A7R II, A7SII, A7R III, and A9

We are happy to announce the availability of the Techart PRO auto-focus adapter. This revolutionary adapter brings autofocus to manual lenses on the Sony. With this adapter, the Sony A7II and A7RII become super cameras, allowing both image stabilization and autofocus with manual focus lenses, something not possible on any other camera body, not even a Leica! You can read about it more here.

Our checkout system is through Paypal, but you do not need an account to pay. If you have a time sensitive order, please select “Rush processing”  to receive first in line service. Leave us a note with your deadline so we can work to meet it.

After you complete checkout, you will be redirected to our shipping instructions page.

By purchasing you agree to our Terms of Purchase

All of our conversions are 100% warrantied for post-conversion malfunctions and electronic issues. Conversions on mail-in cameras and our already converted cameras come with a 1-year warranty.

**Does not include wear and tear repairs (like shutter failure) or user-caused damage.

We also offer 5-day and 1-2 day rush processing options on our camera conversions for an additional fee. Our rush services allow us to coordinate the logistics of your conversion ahead of time to meet your deadlines to the best of our ability. Our rush processing time does not include shipping times.

We do our best to accommodate each and every one of our customers year-round.

If ordering one of our pre-converted cameras, keep in mind that they are made to order and are not eligible for rush processing. Please allow at least 2 weeks before your camera ships out to you. Plan for trips and assignments accordingly!

Any time frames that we provide, including shipping time, turnaround time, and rush processing times, are only estimates and are subject to availability. We make no guarantees on service time or shipping times.

Not sure how to mail your expensive camera? We are now offering a secure and insured mailer box to streamline the shipping process for our customers shipping from the US!

We’re happy to announce that we’re taking the hassle and confusion out of shipping your camera back and forth to us for our conversion service. With our new prepaid mailer, we’ve turned shipping us your camera both ways into one streamlined and secure process. Here’s how it works!

When you place an order for a conversion and select the prepaid mailer option, we’ll send you a sealed box with everything you need already inside. The mailer should arrive to your door in 2-4 days.

Do you accept international orders?

Absolutely! For accurate shipping costs, please enter your complete shipping address during the checkout process. Some locations may be subject to a remote area surcharge via FedEx Express. The system will not automatically calculate this surcharge. Please check the following link if your city/zip code is considered a remote area: https://www.fedex.com/content/dam/fedex/us-united-states/services/Zipcodes_OPA_ODA.pdf

If you place an order and your city/zip code is on this list, we’ll reach out to you via email to collect the surcharge.

***We legally can not declare lower values for customs and duties. We ship all of our international orders from the United States.  Please note that we do not collect taxes, duties, or VAT. International customers are responsible for all duties, taxes, and VAT that may be charged by their respective local customs office. You may also be subject to a brokerage charge when you choose FedEx, UPS, or DHL shipping options.***