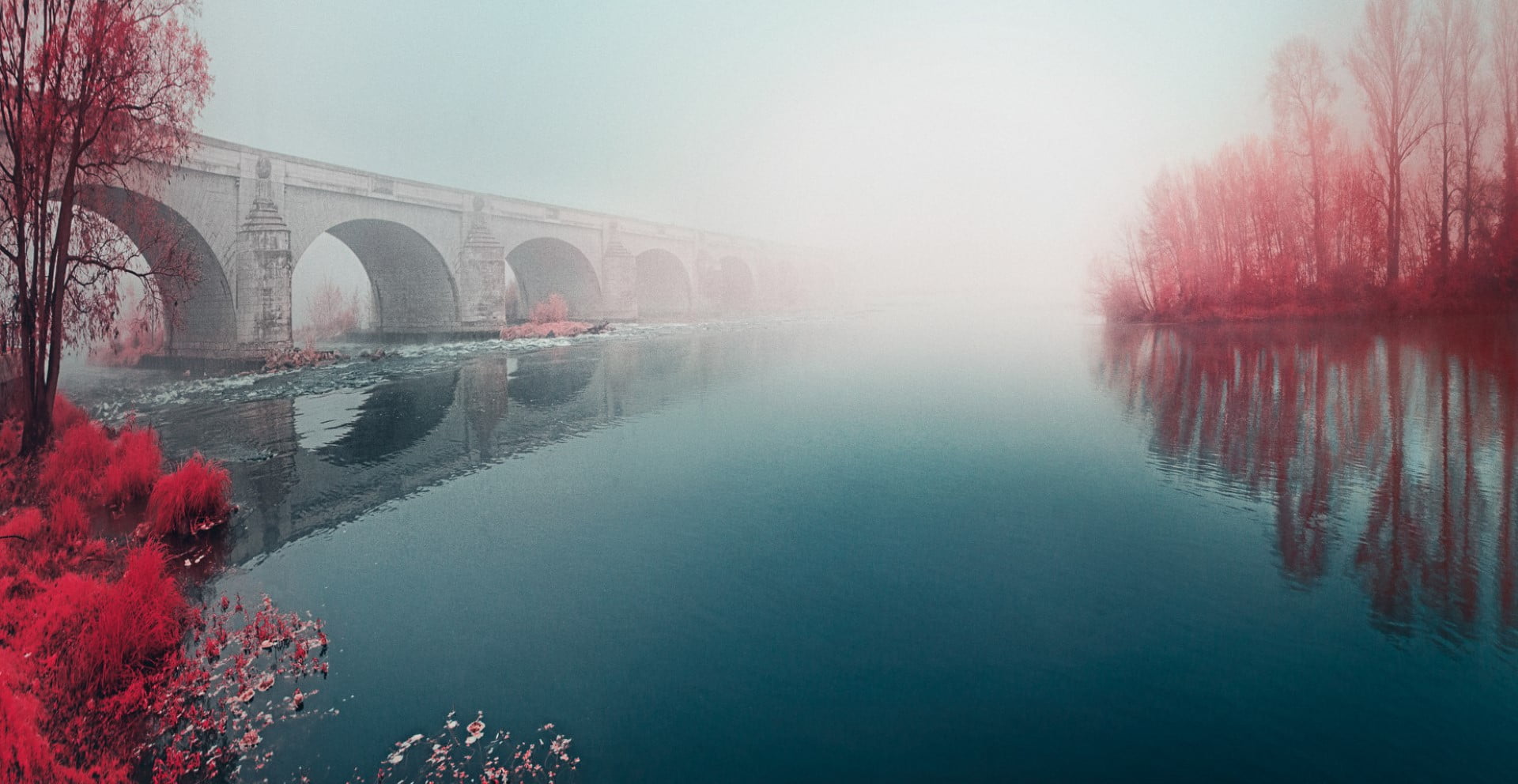 From a young age, I was always very interested in telling stories using images. In 1993, at age 7, I began drawing comics inspired by Hergé’s “Tintin” and Goscinny&Uderzo’s “Astérix.” Four years later, my father gave me his old VHS camcorder, and I began shooting a lot of short movies with my friends. After high school, I studied cinema, digital art, and multimedia for four years and then entered the world-renowned French photography school of les Gobelins. This is where I completed my training specializing in photography and image processing.

I graduated successfully in June 2009. After leaving the school, I co-founded the digital post-production agency Pixus Prod in Paris. Four years later, I opened a rental photography studio, and in 2016 I opened another production and post-production company: FLOWIM Studio.

Fantasy and imaginary worlds are the first engines of my personal creations. I aim to question the limits of human perception in my works. I love photography more when it is done in a pictorialist way than when it accurately translates reality in a documentary style. When photography becomes the mirror of surreal or imaginary, that’s my favorite part.

As the Impressionists did, I like to use my camera more to express an elusive feeling than a crude reality. When I see a scene or a place, I use photography to describe the mood.

This is why I am interested in alternative techniques: old photographic processes like cyanotype, Kirlian photography, etc. In 2008, I discovered infrared and immediately knew I had to try it. During my final year of scholarship, I ordered my first camera—a Fujifilm Finepix IS-1 IR full spectrum bridge. I shot only in 720nm after having done a lot of unconverted infrared photography with a Nikon Coolpix 8800.

Being more and more demanding about quality, my IS-1 was soon not high-end enough to produce images matching my needs. Between 2010 and 2014, I shot a lot fewer infrared pictures. In 2014, I discovered that IR conversion went more mainstream and acquired a Canon 70D Full Spectrum camera.

I interested myself in the emulation of Aerochrome film. I resumed my research studies where I left them in 2008 when I experimented a lot with colored gels (cyan ones were my base to dig deeper into the Aerochrome reproduction quest). I made a lot of glass/acrylic filter purchases to test complex combinations involving 3 or 4 glass layers and calculated the resulting transmission curves. I refined my combination numerous times before reaching out to Kolari Vision to measure the final transmission curve and put it into the least amount of glass layers possible. This is how we finally created the IR Chrome filter.

Being in Madrid for several days for a retouching masterclass, I wandered the city and tried to capture its atmosphere while following the places where vegetation led me. Madrid is a very green city with huge park areas and streets bordered by trees. I tried to do some street photography for the first time but not candid ones: I wanted my framings to be as sophisticated and thoughtful as possible. The various layers of depth one can see are something I really watch for. Playing with geometry, symmetry, dynamic lines, vanishing points, and sky contrast matters a lot when I frame my pictures. Tiny unnoticeable details are also important.

With Pierre-Louis Ferrer and Raphaele Goujat, we founded an association named “Photographie Infrarouge” that aims to spread infrared photography techniques to a large audience through exhibitions, tutorials, interviews, and live workshops.