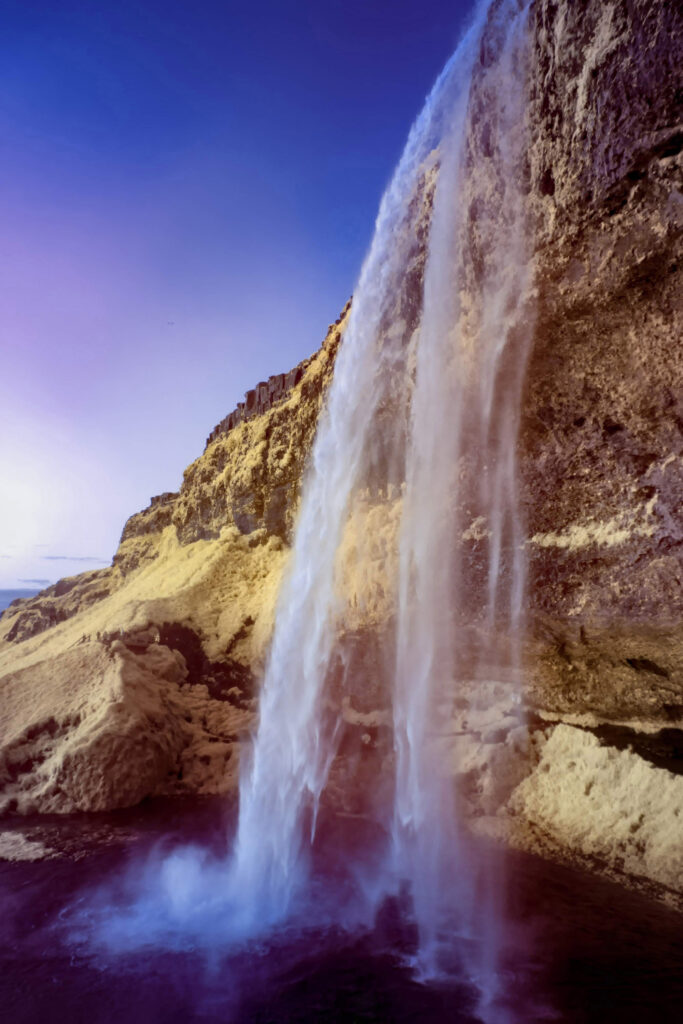 In 2019, I planned to photograph aurora borealis in all parts of the spectrum. I had two chances to photograph aurorae, the first one came while attending a scientific conference in Reykjavik. Every evening, me and a friend would go on a road trip and hope for the best. First stop: the famous waterfall of […] 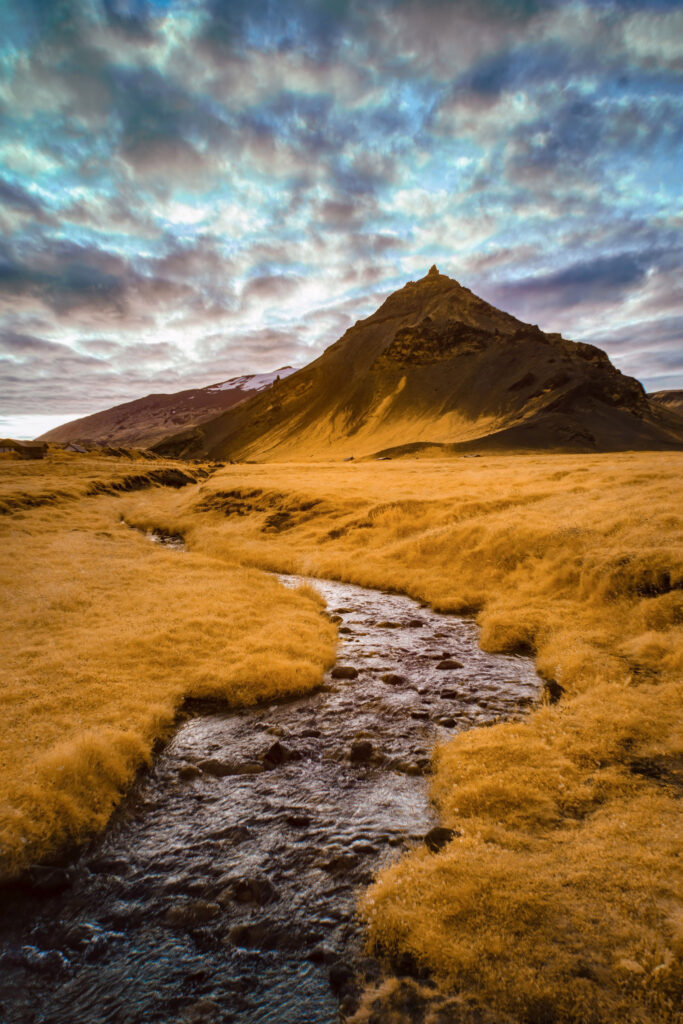 The sun set over the volcano of Snæfellsjökull – my Islandic friend seemed to have no issues in pronouncing that but I did – and a smaller mountain peak in front of it, while the glacier water created a small stream. To me, it is fascinating that infrared sunsets turn blue after being processed, since […] 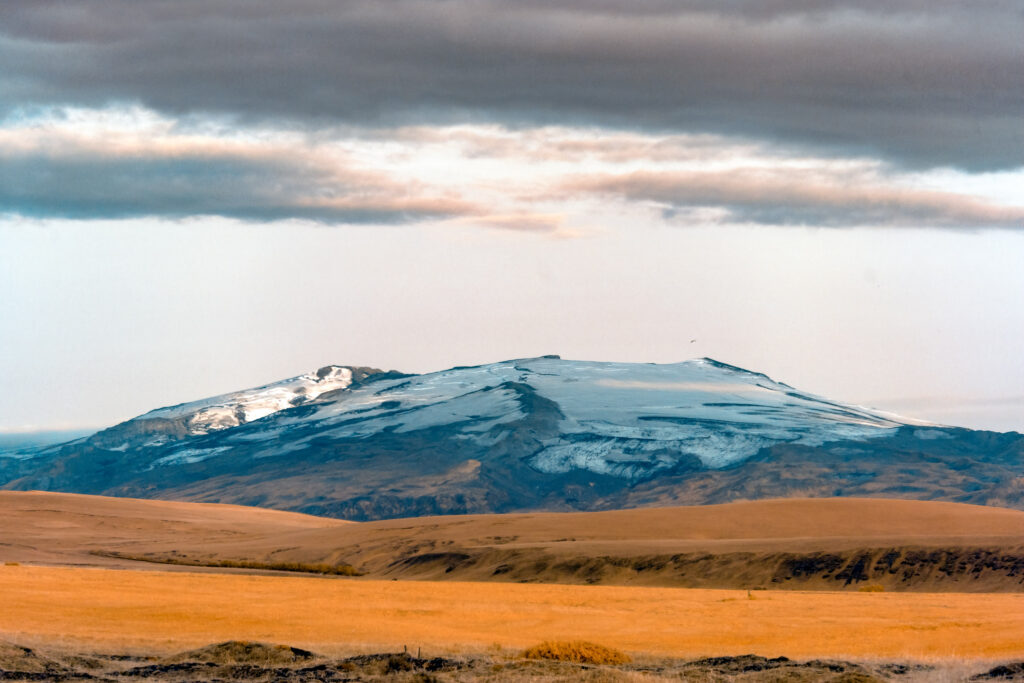 With that full view of Snæfellsjökull, my one-week trip to Iceland came to a (slightly) disappointing end – not for lack of trying, but we didn’t manage to see any aurorae borealis. Friends of mine who staid for another week got quite lucky but that is how it goes. Bonus in this photo: a paraglider […] 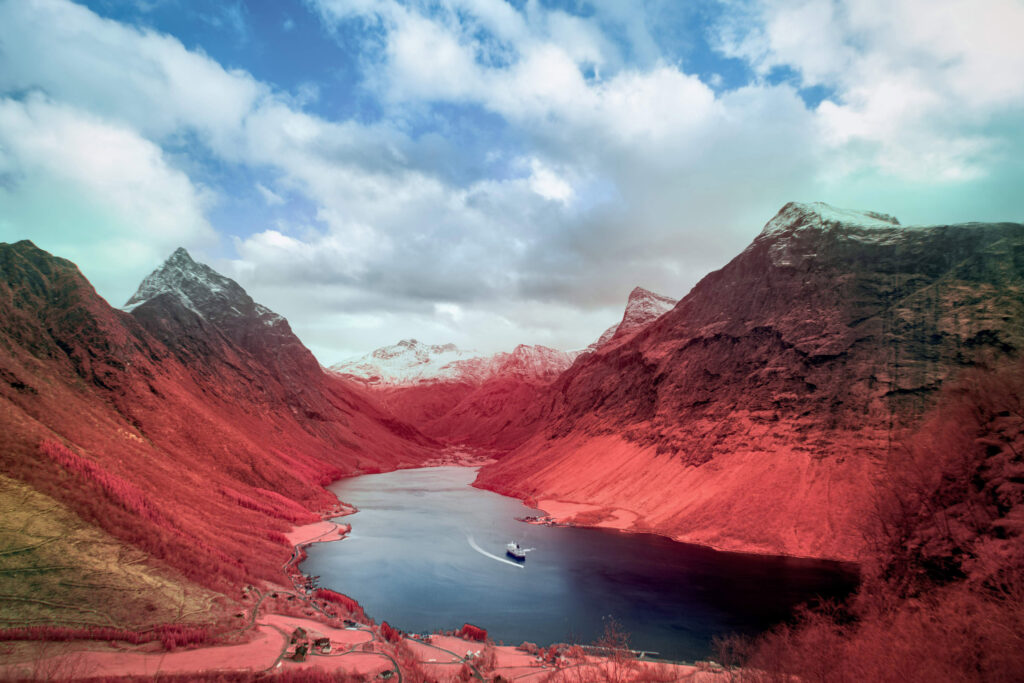 Before going out into the open sea, we made a small stop and went for a hike. Our ship, the MS Kong Harald, can be seen on the water. The landscape of Norway is truly astounding and worth a visit – but we were still waiting for the northern lights. Finally, we got lucky in […] 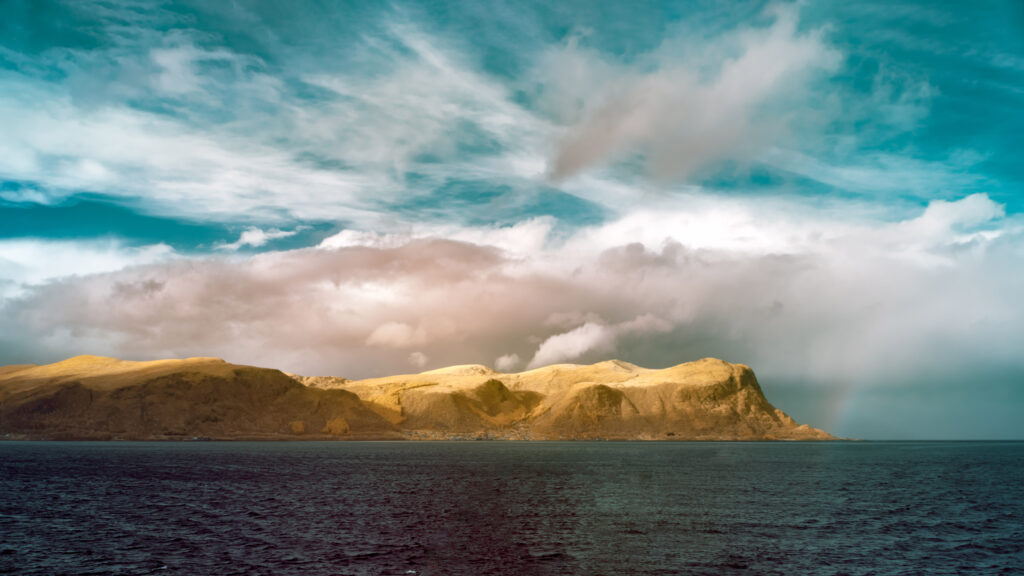 A few weeks later, I returned to Scandinavia for a 10-day trip across the Norwegian coast. We travelled with the Hurtigruten postal ships, which made up their lack of luxurious cabins with amazing landscapes. On the first morning, we left the harbor and were seen off with a nice little rainbow. 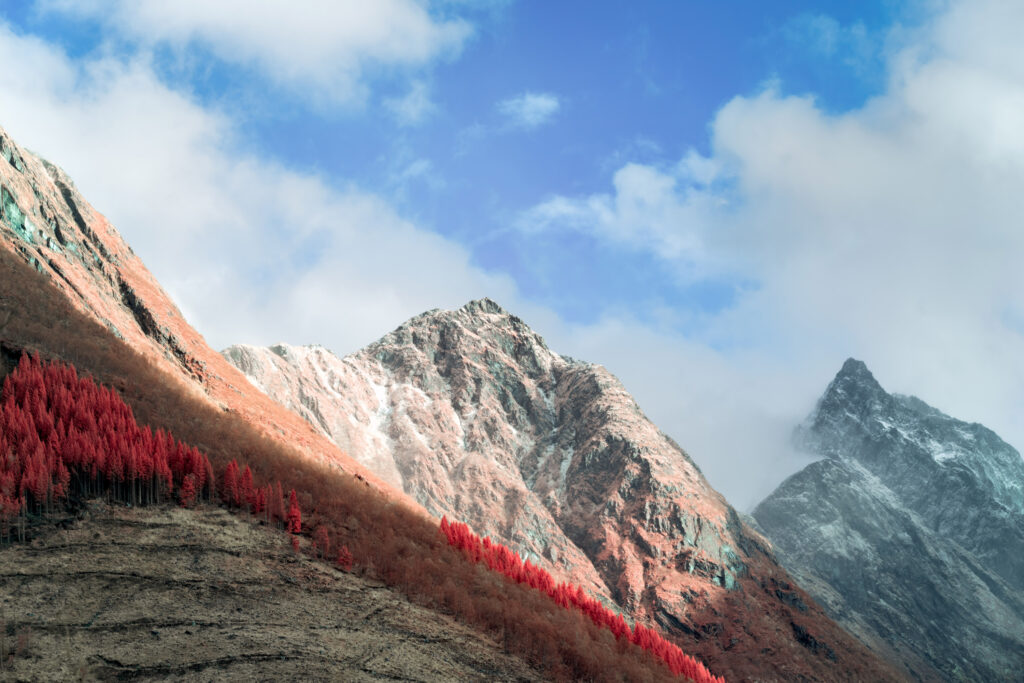 Taken just shortly after the previous photo, this shows the mountain peaks on the left in more detail. 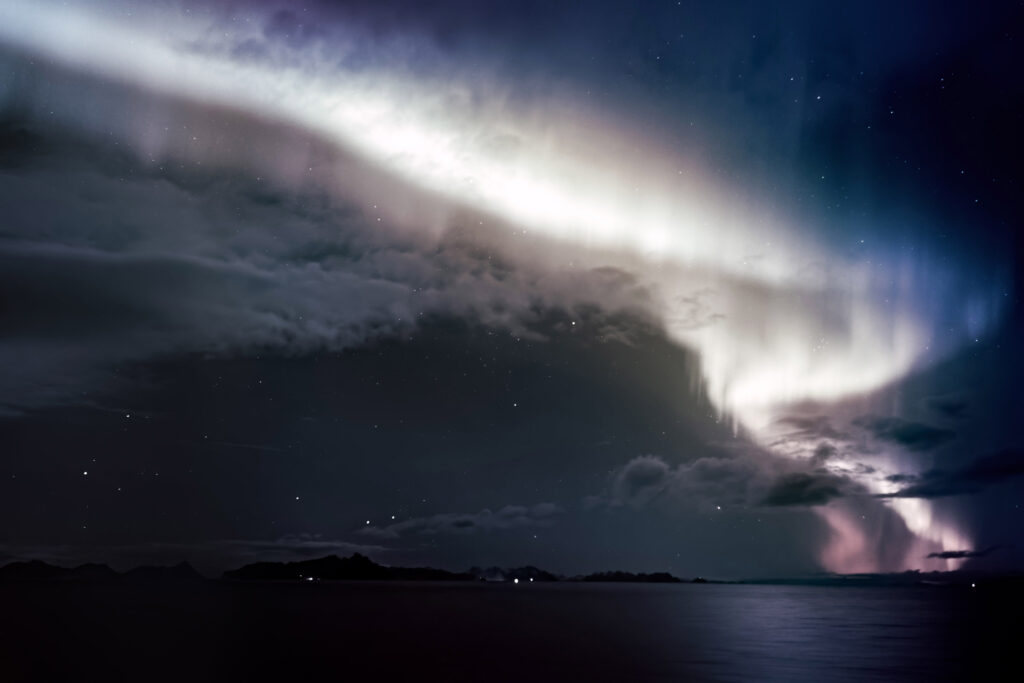 I never dared to hope that northern lights would be that active in the infrared – and that beautiful. Taking photos in the surprisingly rough sea of the Atlantic was a special kind of challenge in of itself, but I came prepared. Every image is a composite of 8-16 0.3s frames, which were then aligned […] 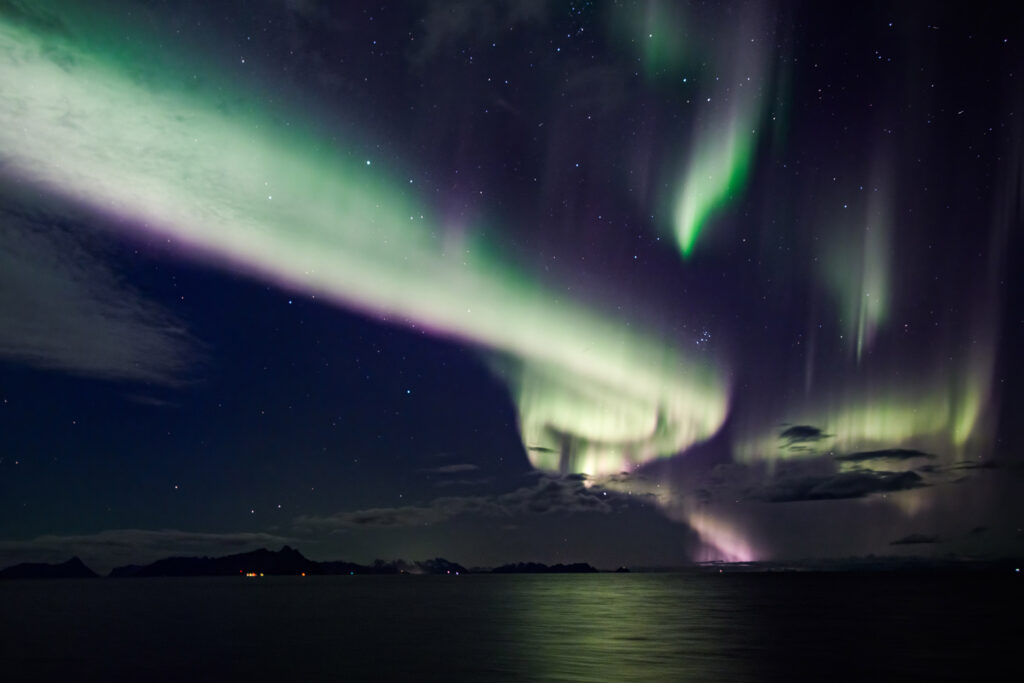 Full spectrum illustrates nicely how visible and infrared aurorae correlate to each other. It seems that infrared emissions lie slighly below the green ones, and are probably in the same region as the visible red emissions. Due to the infrared leak of the blue channel, this results in a white northern light in full spectrum. […] 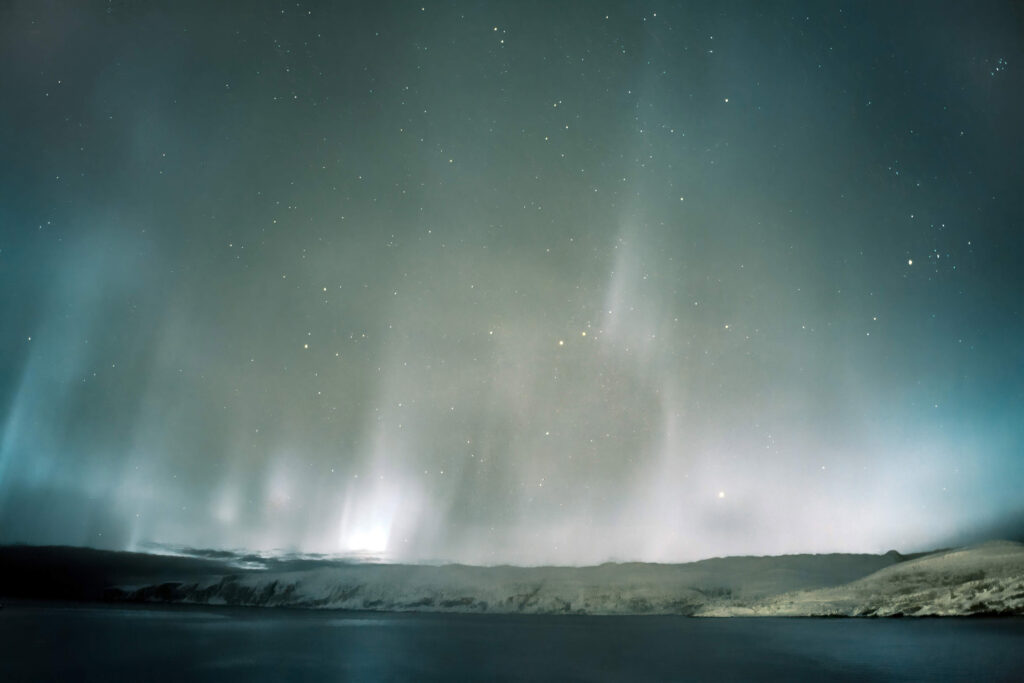 There are certain wavelength bands that astronomers try to avoid at all cost. At about 800-850nm, the sky has very strong emissions, which adversely affects astronomic imaging, but I wanted to see whether one can see nothern lights in this range as well. As we anchored for a bit, I tried it out and – […]

Here is an illustration of the latter point: in that night, the sky emission was so strong that it can be seen as a red haze even against the other wavelengths. This leads to a second point: as different and diverse nothern lights can be in the visible spectrum, they are just as diverse in […] 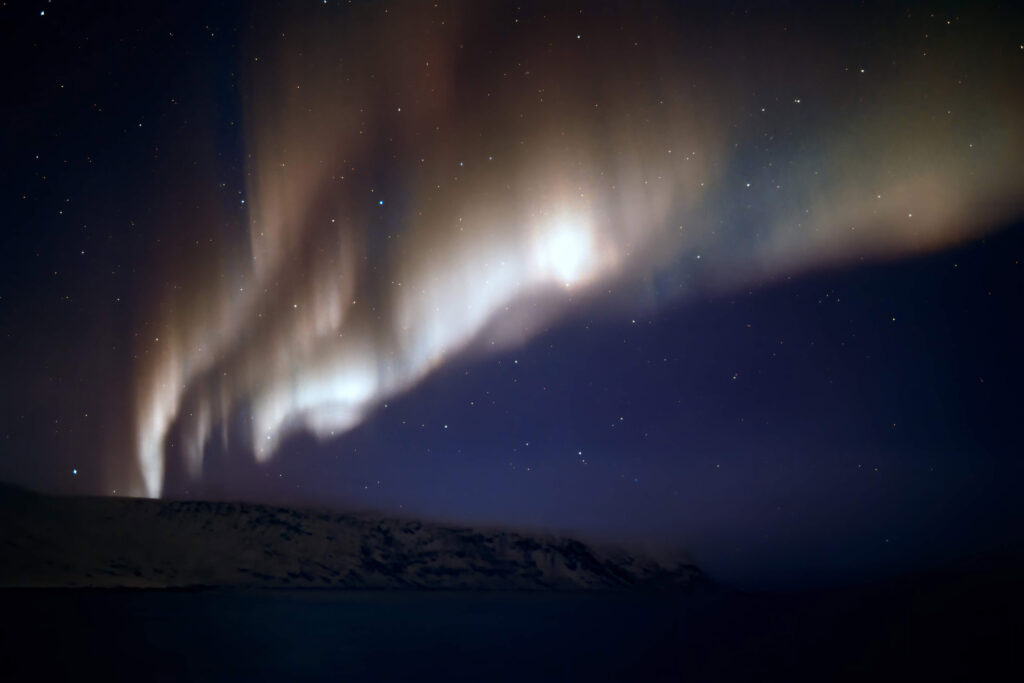 This one is my personal favorite from the entire trip. All of the things that make infrared unique are here: the sky emissions make it appear as it was full moon, while the aurora shines in a bronze tone that is utterly different from visible-light photos. 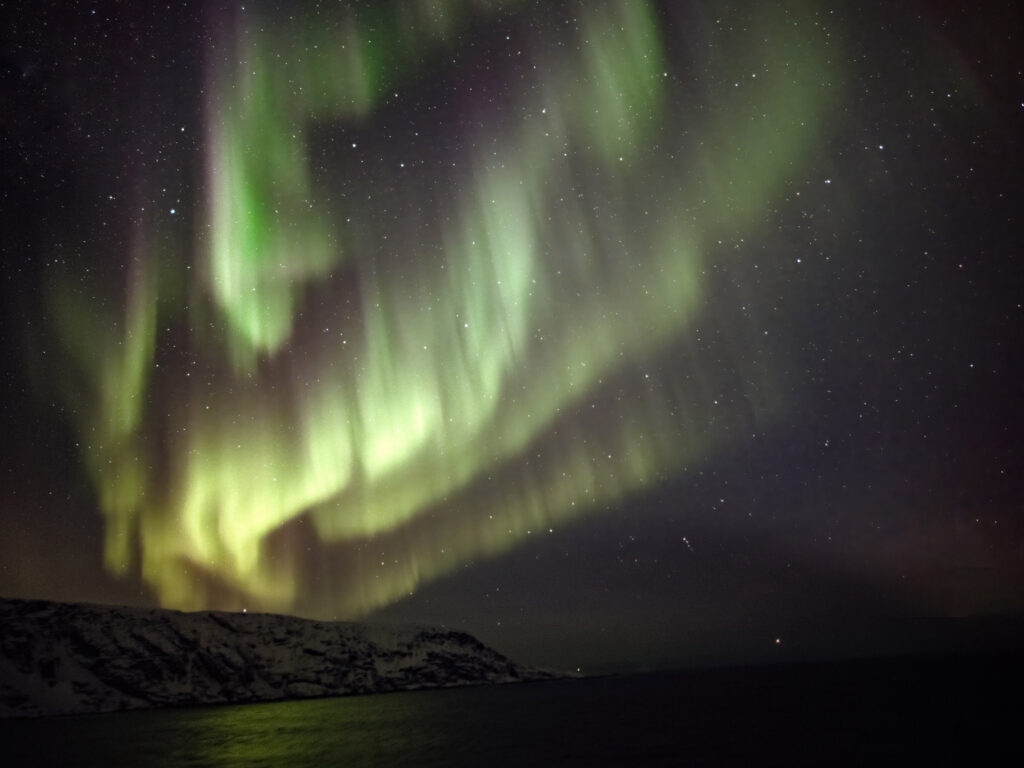 In contrast to its infrared counterpart, the scene is much more evenly lit in full spectrum. The water reflection is particularly interesting, as it would be expected to see higher reflection in the visible spectrum – and indeed, even the colour on the water surface seems to be a bit more green (and therefore more […]