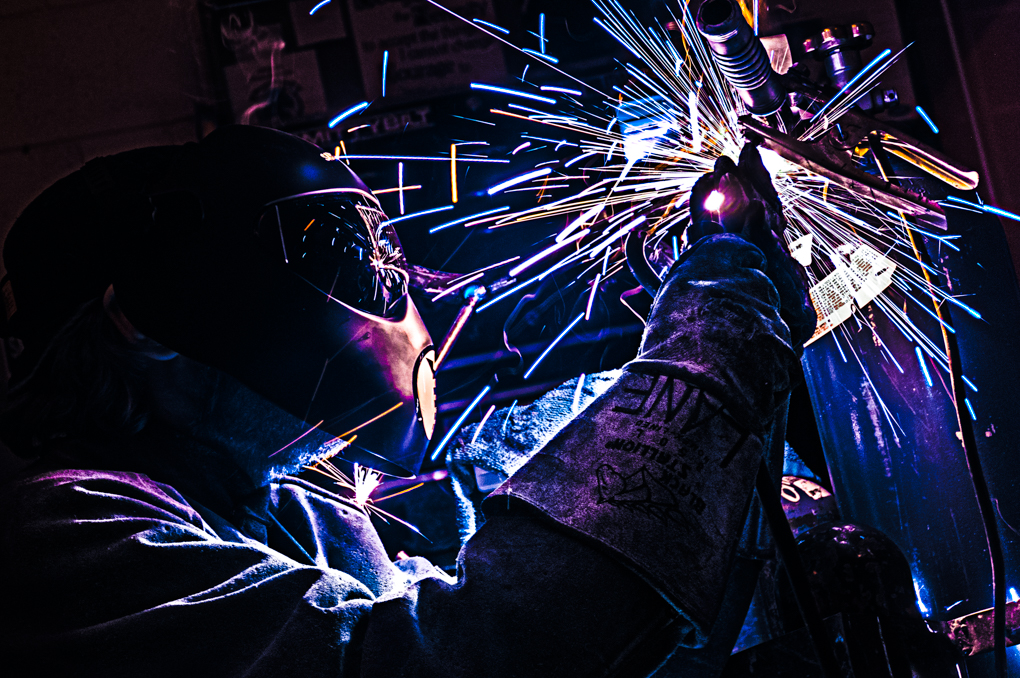 Infrared photography is poetic. If you compare poetry to traditional prose, you often have a more simple block of words with a much more complicated meaning embedded within it.

Likewise, infrared photography utilizes a simpler color scheme but emits far more concentrated feelings into the subject matter. I don’t quite remember what image or series hooked me on Infrared Photography, but from an early point in my photography career, it became an obsession. The attraction that I had to IR photography were the deep, dramatic colors naturally achieved not through (extensive) digital editing. Fresh out of college, I dove into the subject, and eight years and two camera conversions later, I am still in love with the medium and the experimentation behind it. 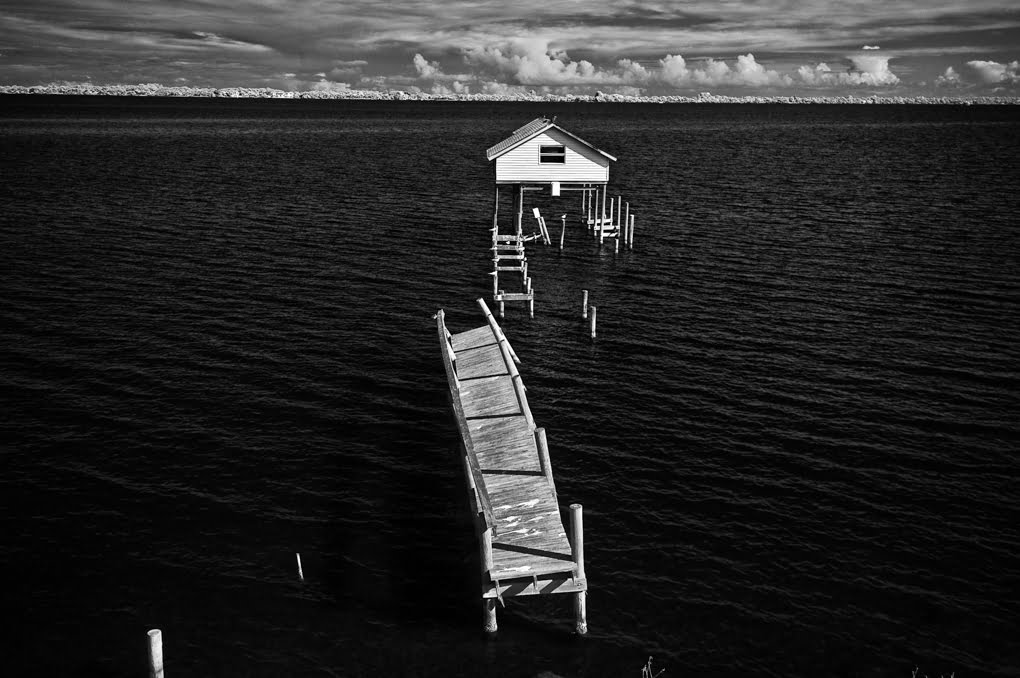 Being adept in electronics, I decided to convert the camera myself, which was an experience all in itself. In September 2010, I bought a used D70 off of eBay and an enhanced color (665nm) hot mirror and began my journey into rebuilding the camera. Despite being riddled with sand, the D70 was in pretty good condition. After two attempts (the accursed compact flash ribbon cable still haunts me to this day), I had my own infrared camera. A few years later in 2014, I found myself wanting to experiment with different spectrums a little more. I ended up retiring the D70 and performed another conversion of a Sony NEX-5N to a full spectrum camera. 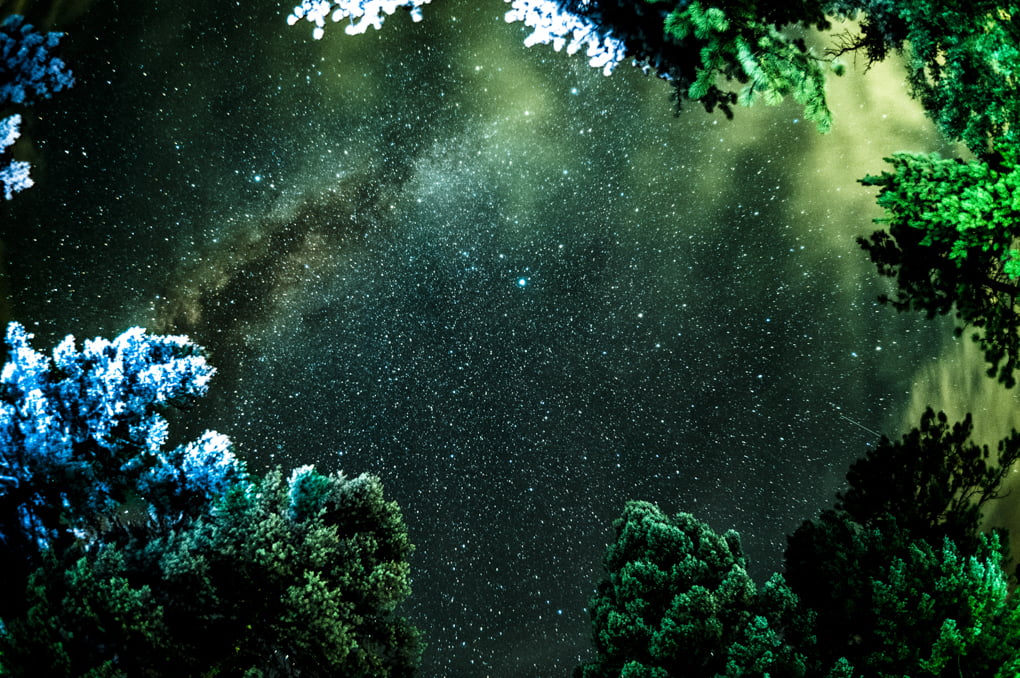 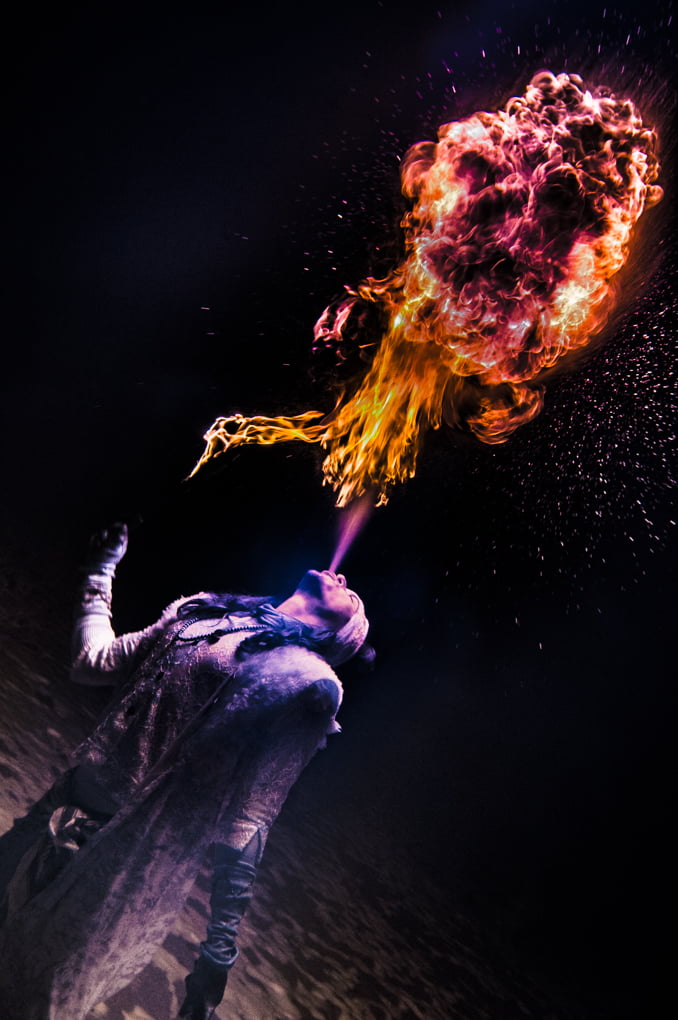 The colors that came from the types of chemicals (white kerosene) the eaters used emitted colors that a normal camera would have missed. As far as shooting infrared, my two favorite spectrums are the 665nm (my default) and the 720nm range. I feel like both give off a somewhat ghostly feeling. 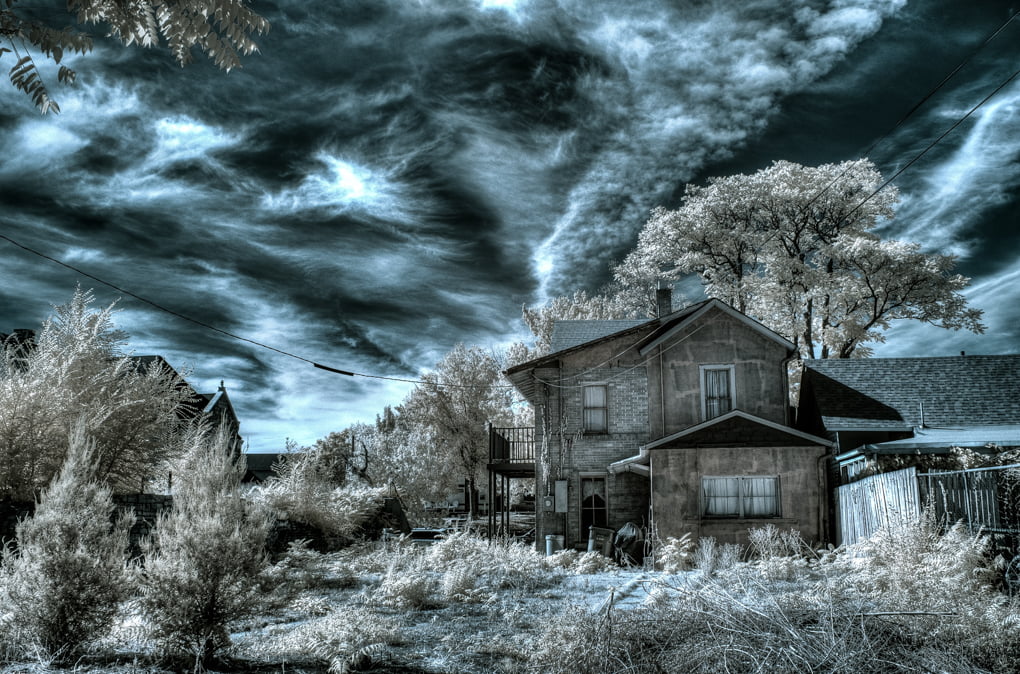 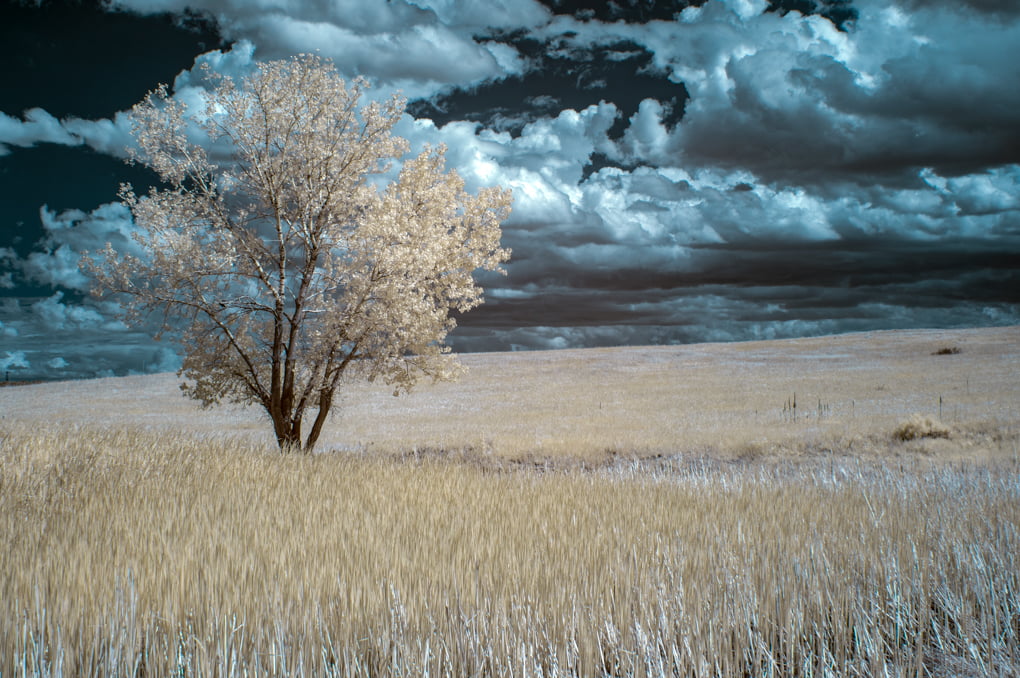 I don’t feel like infrared and full spectrum photography has made me a better photographer, but more so a different type of photographer. Rather than the gear making an image look cool, I think having an infrared camera lets the photographer see the world differently and really forces experimentation and creativity. 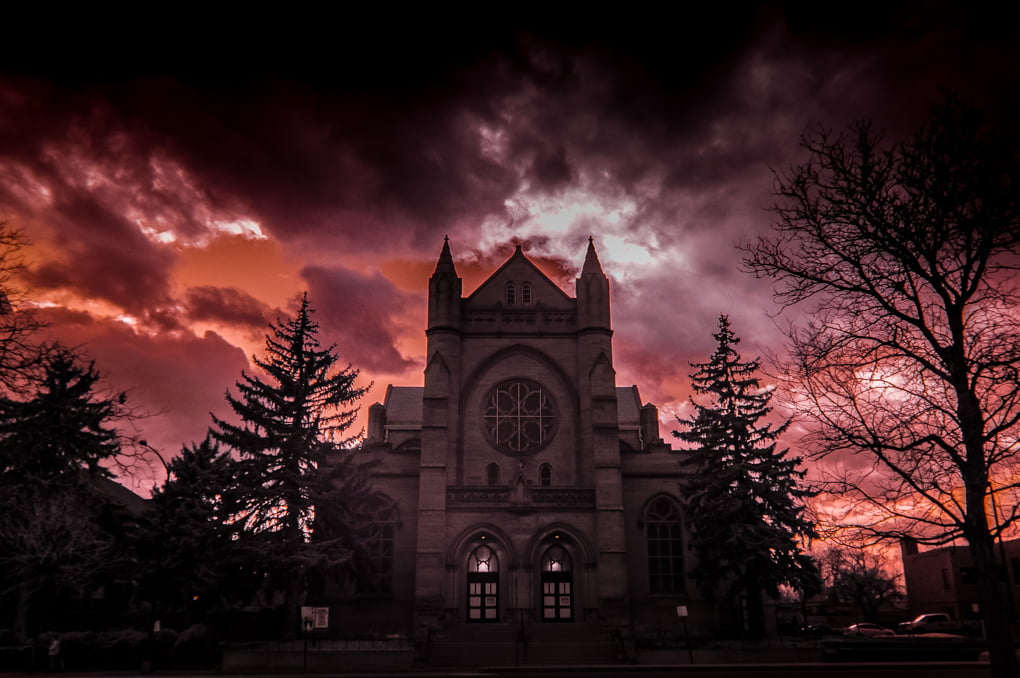 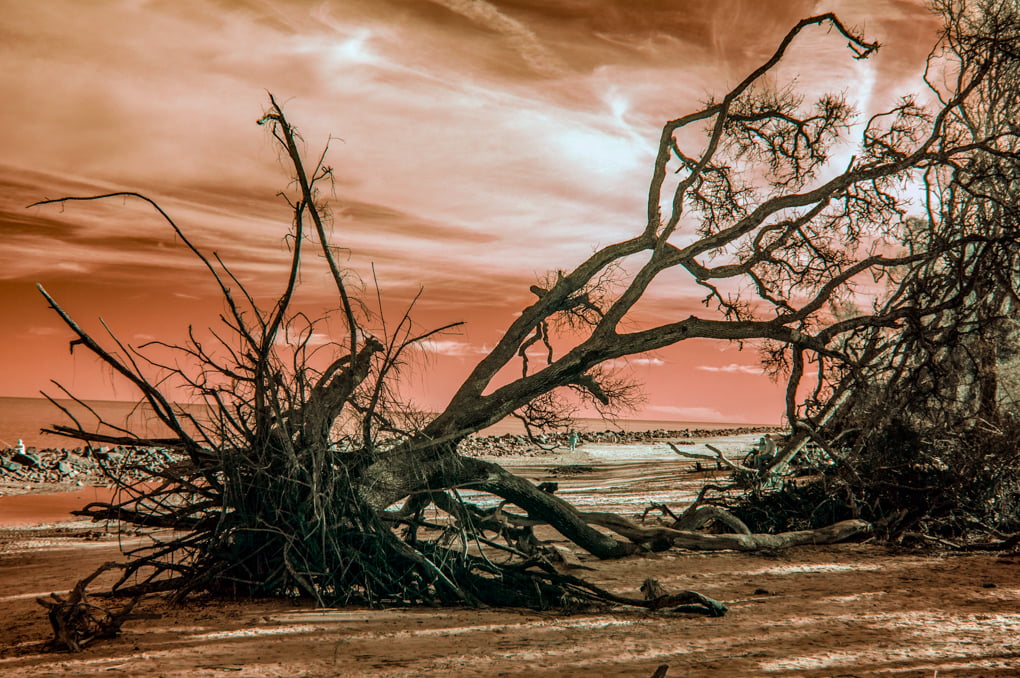 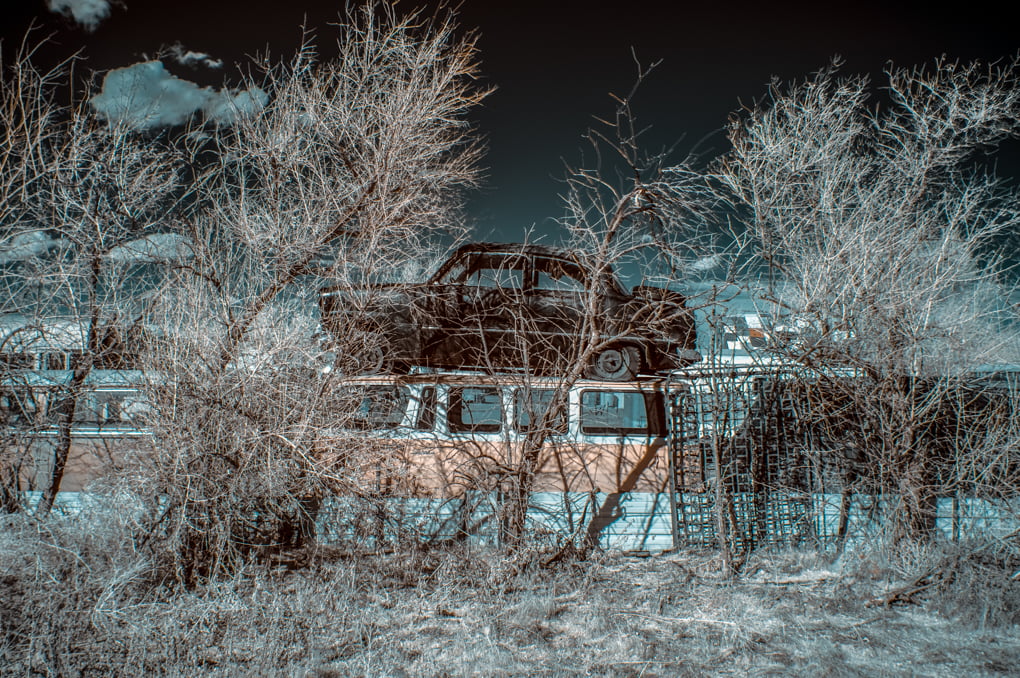 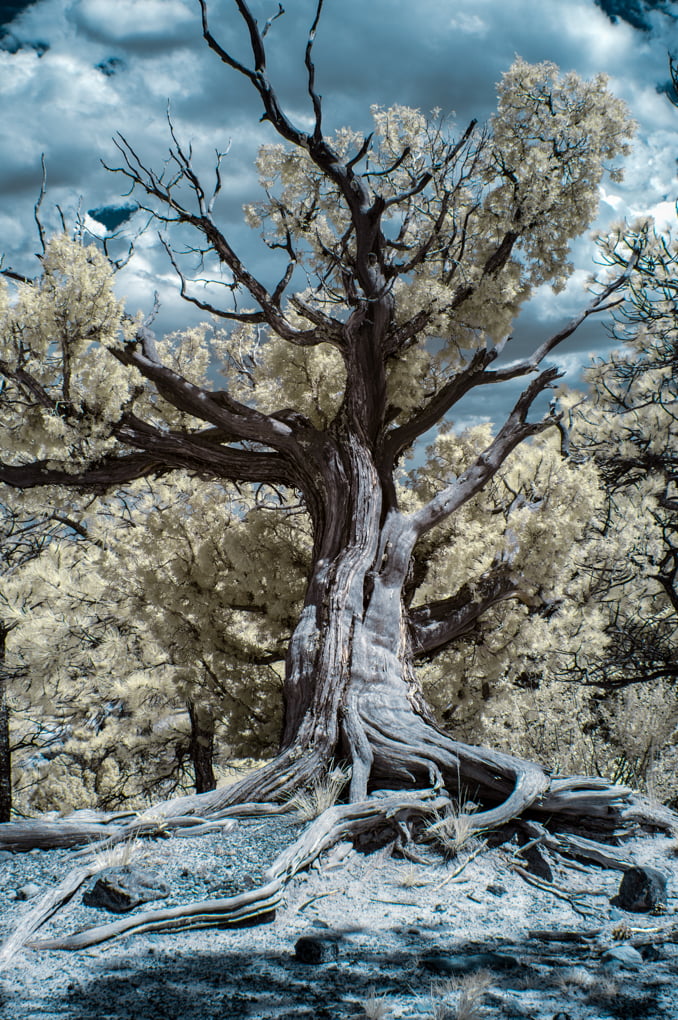 Geoff Decker is a photographer based out of Denver, CO