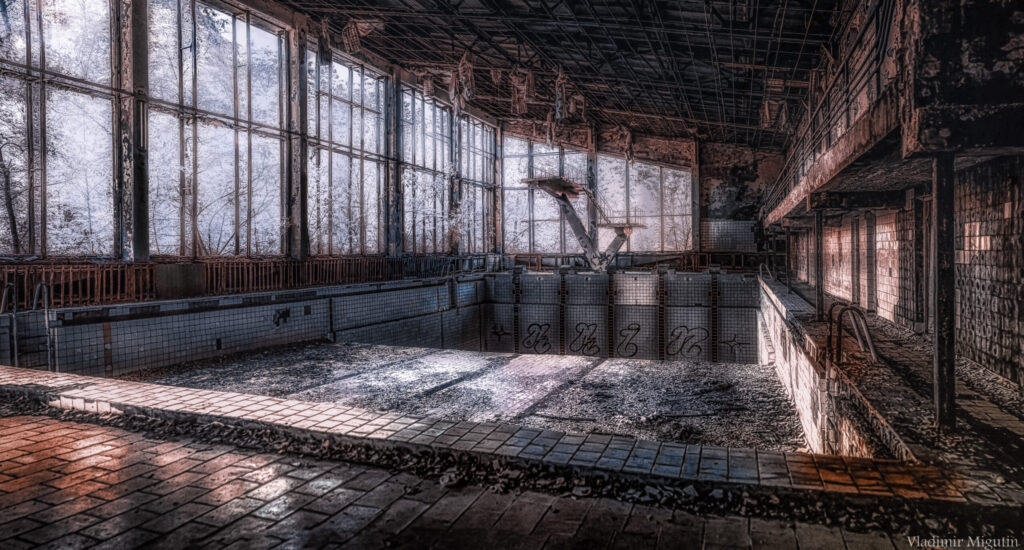 We always hear praises of the might of Mother Nature, how it renders useless mans’ creations, and bears life above the ruins. Well, it’s something that is always felt, but never on such a huge scale. This place IS the place for these contrasts. It’s pretty hard to describe the overall atmosphere I experienced during this trip. Despite the events of 1986, the ruins, and the rust, I didn’t have grim feelings while traveling there. On the contrary, it felt like I was in a “kind of” paradise on a different planet.

Thirty years after the fallout, while men still stay away, the forests, the animals, the plants, everything is thriving, revived by nature.

(Shot during a 2-day trip in Chernobyl’s exclusion zone, with a full spectrum camera, and a 590nm infrared filter from Kolari Vision.) 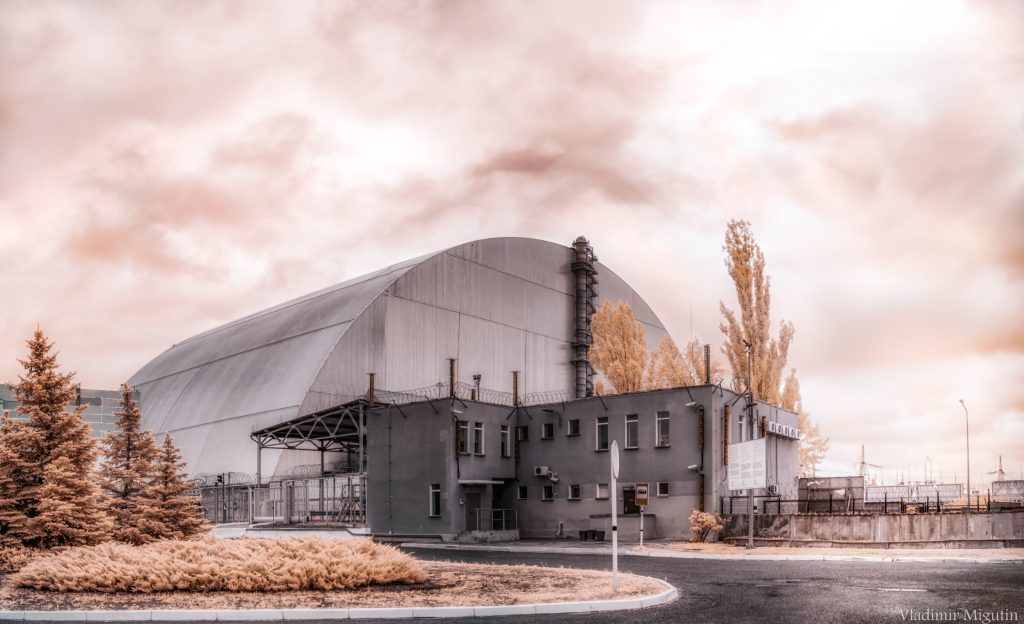 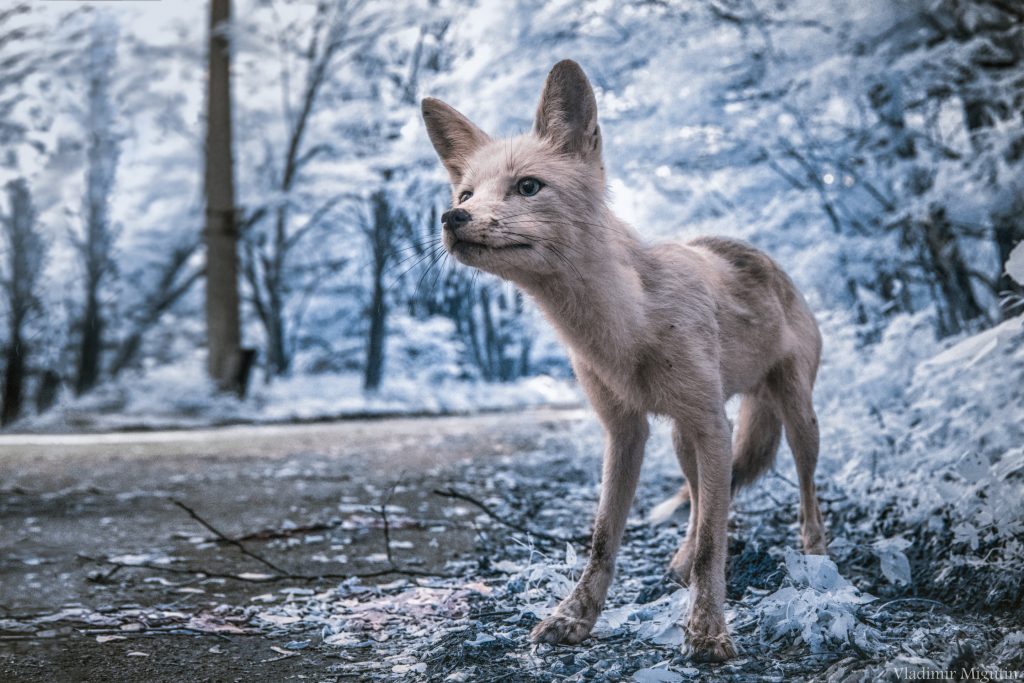 Simon – a human-friendly fox, whom often approaches groups in the exclusion zone, asking for food. 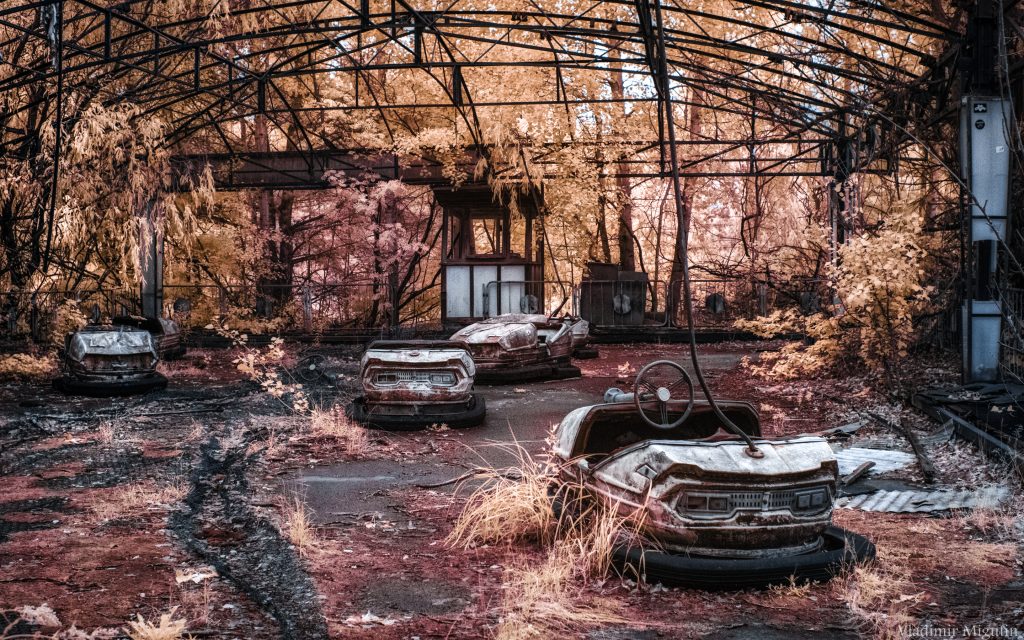 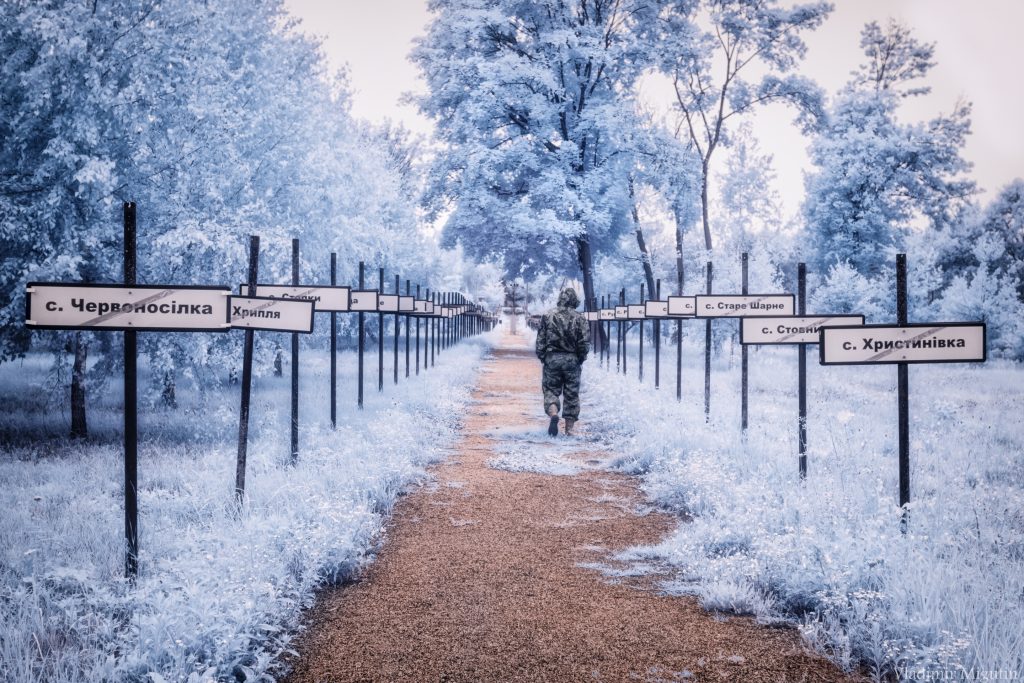 The monumental trail with the evacuated villages’ names on either side. 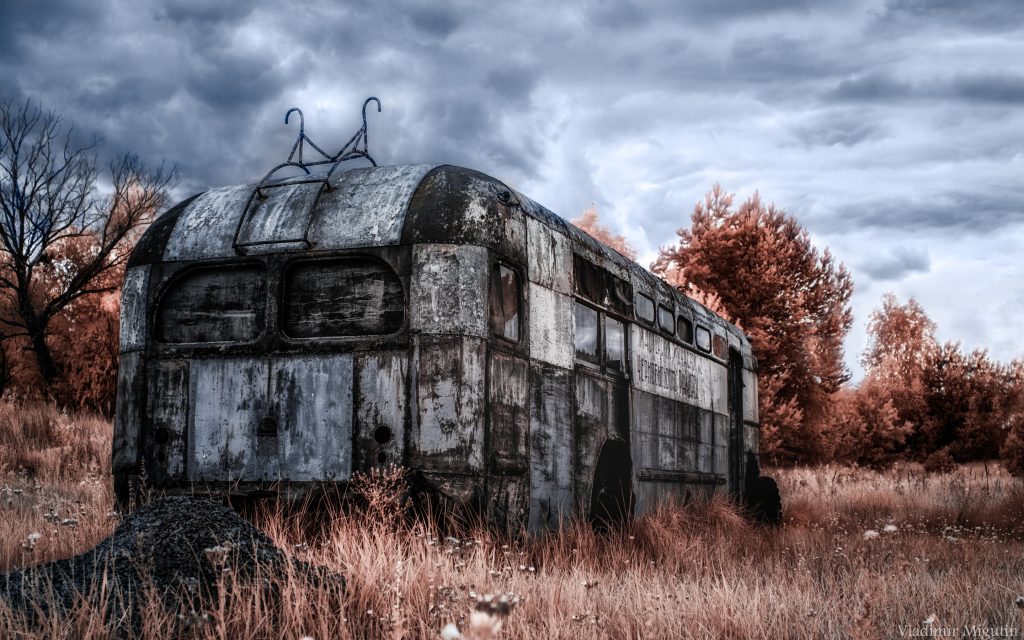 A trolleybus in one of Chernobyl’s scrapyards. 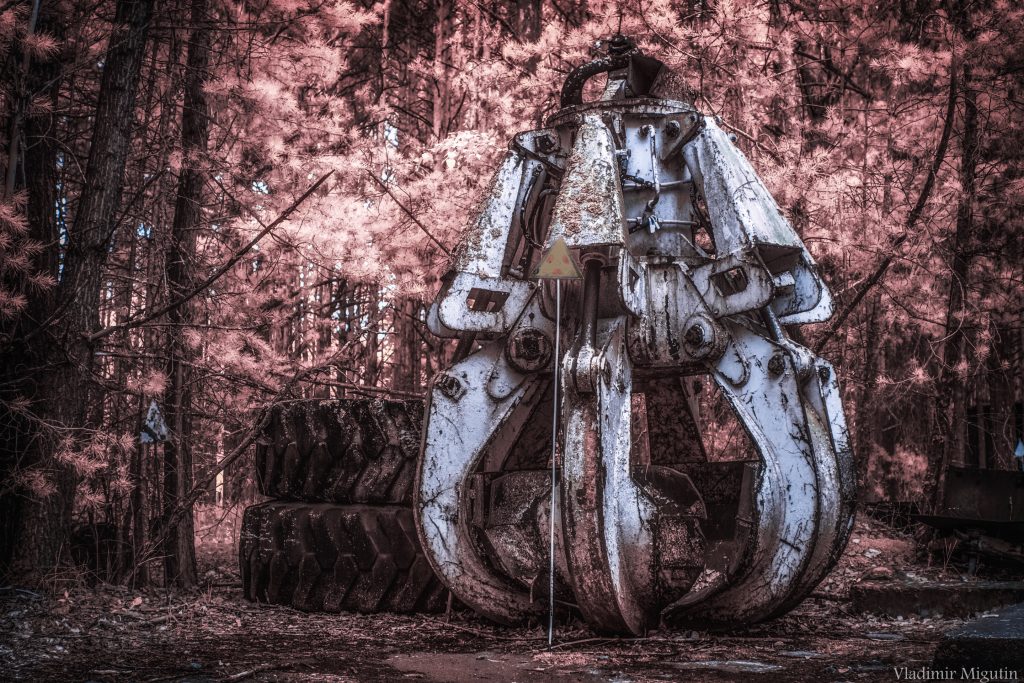 The Bucket (machine part) that was used to clean the roof of the failed reactor after the fallout, Chernobyl Exclusion Zone. 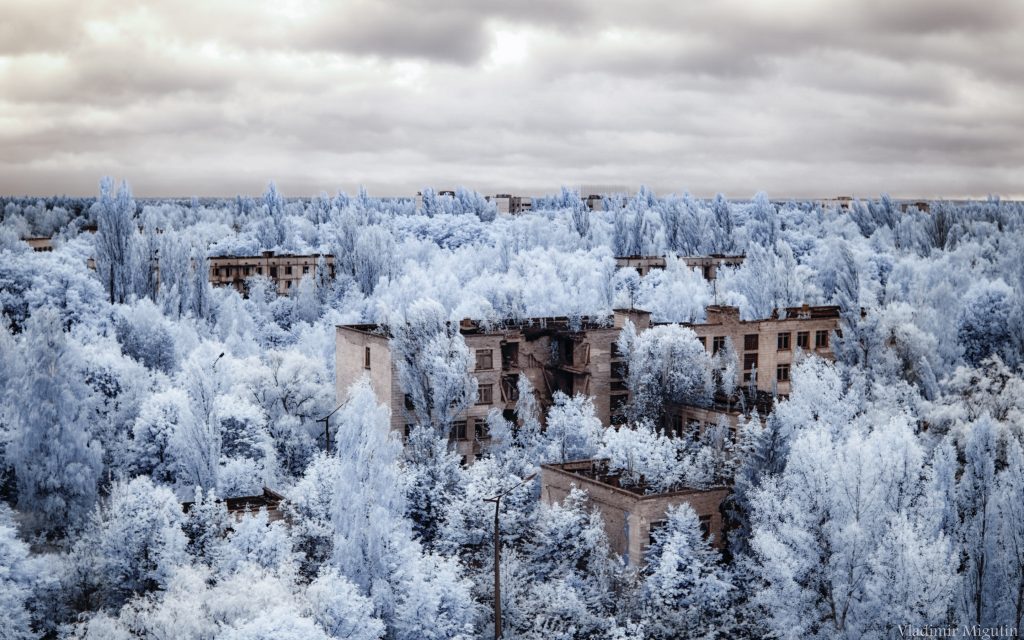 The ghost town of Pripyat, Ukraine. 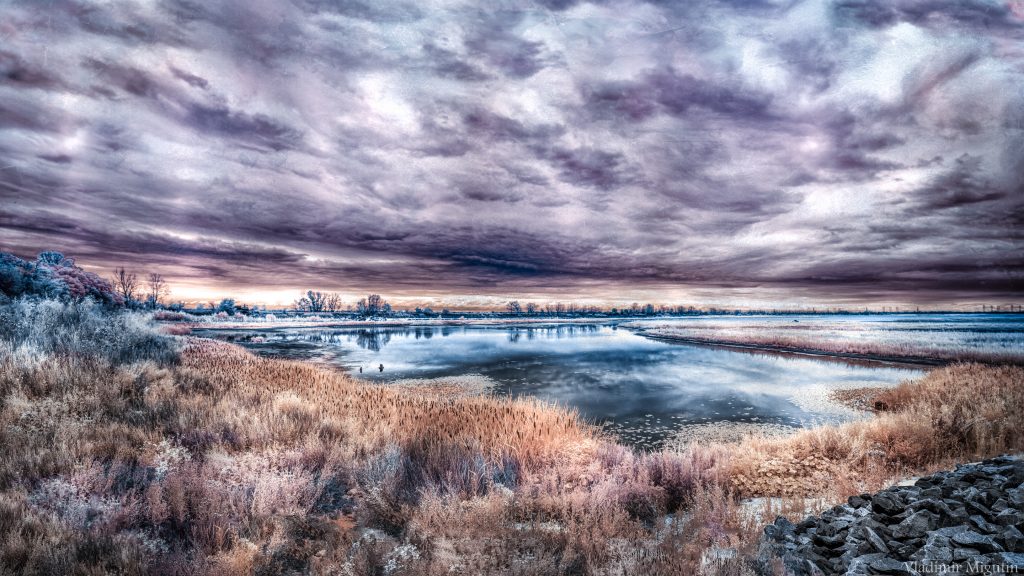 A lake within the Chernobyl Exclusion Zone. 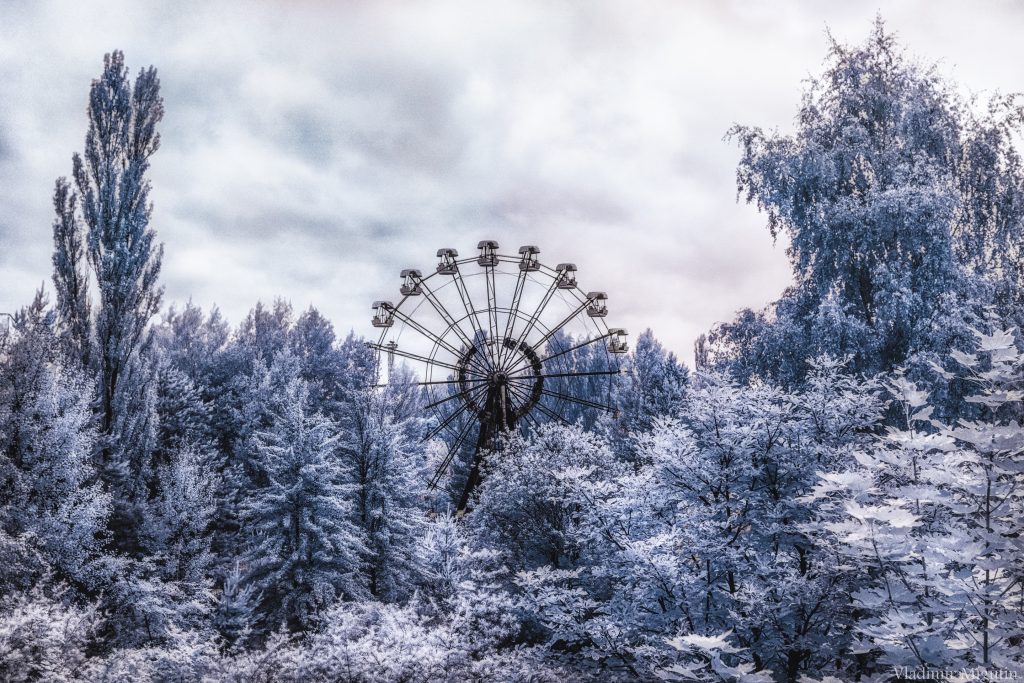 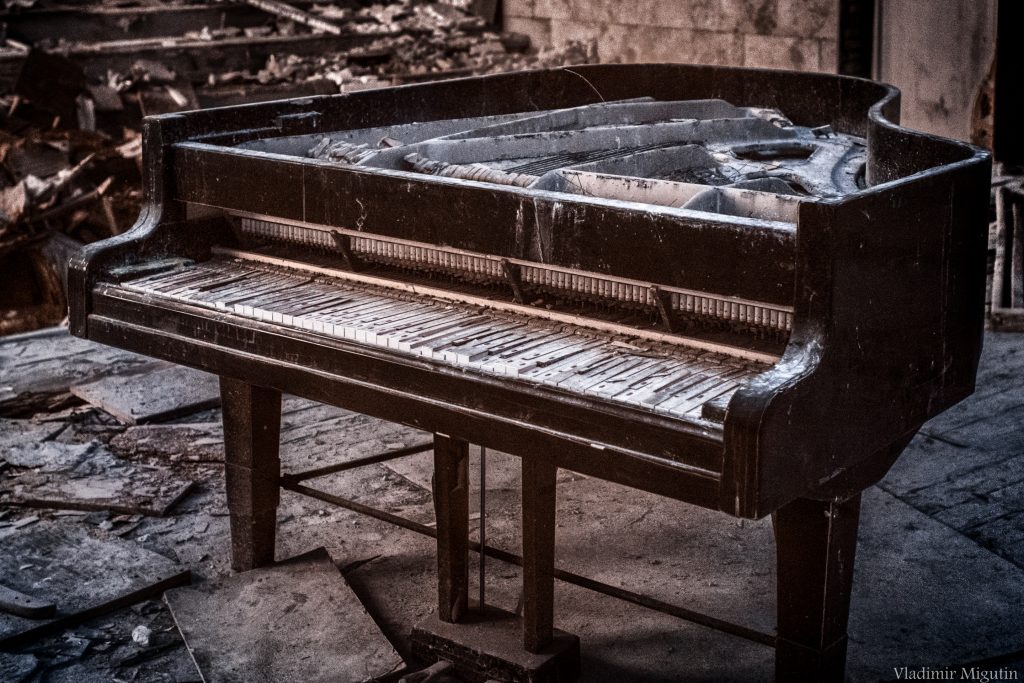 The rotting grand piano in the concert hall of the abandoned town of Pripyat. 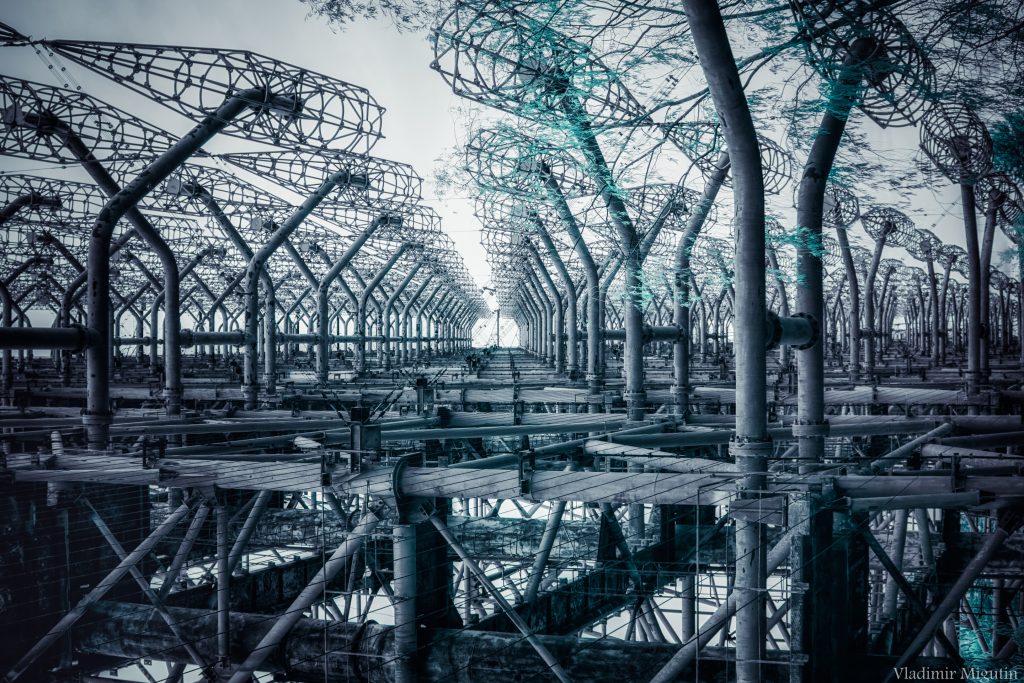 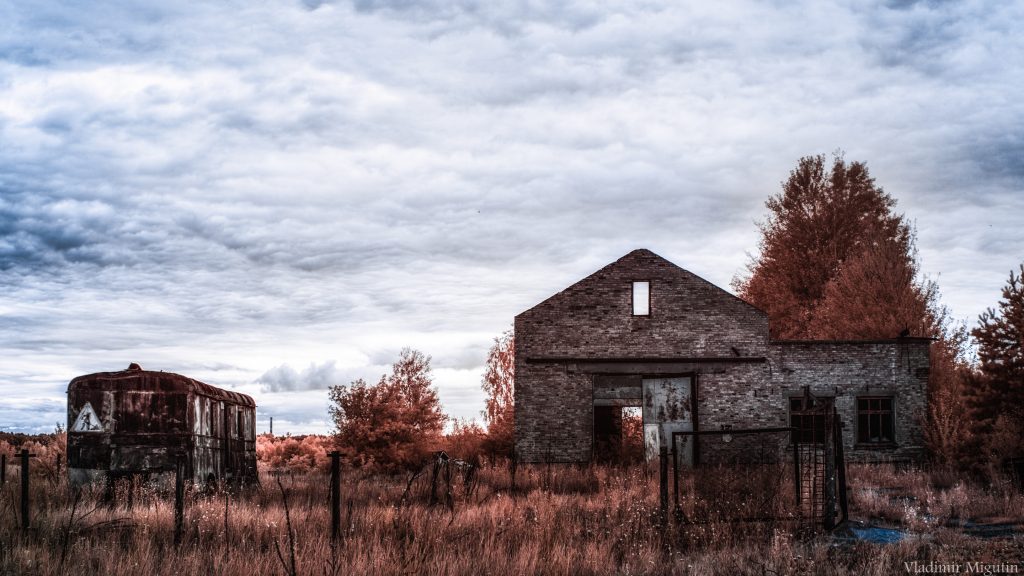 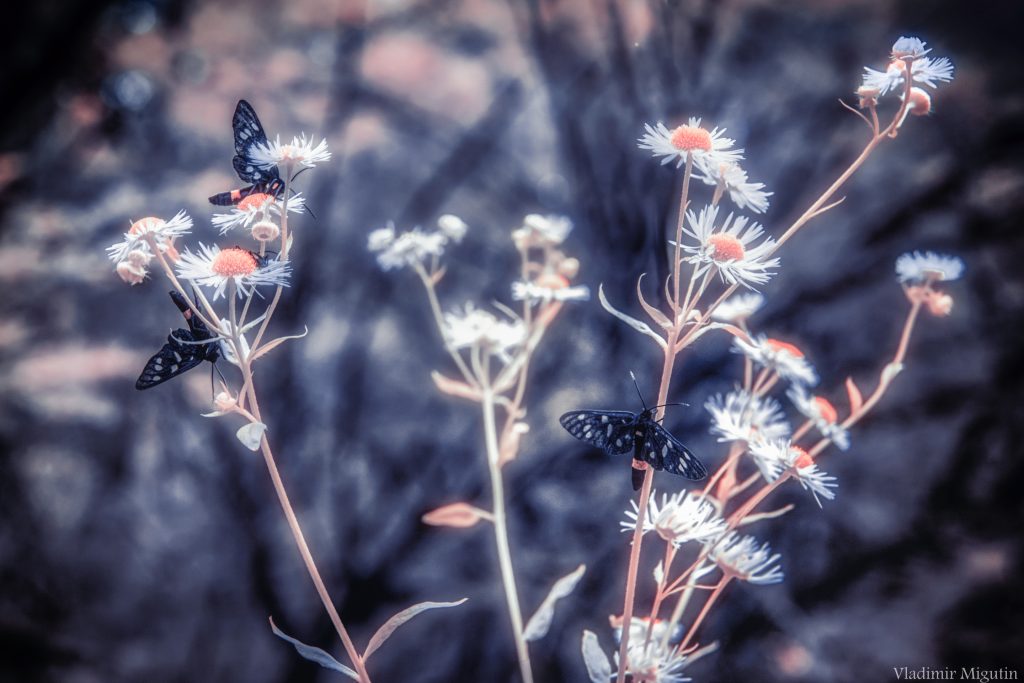 Butterflies and flowers in the forest, Chernobyl Exclusion Zone. 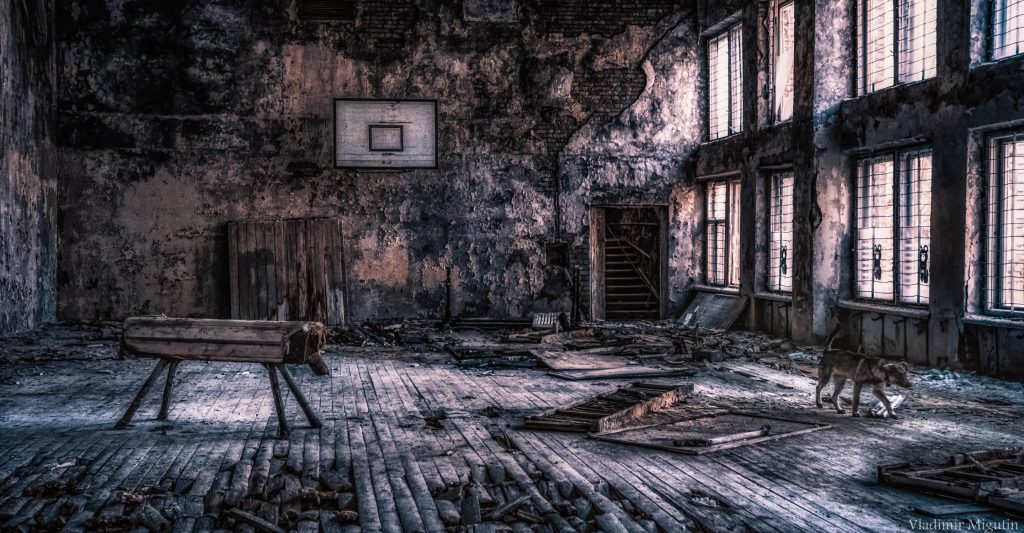 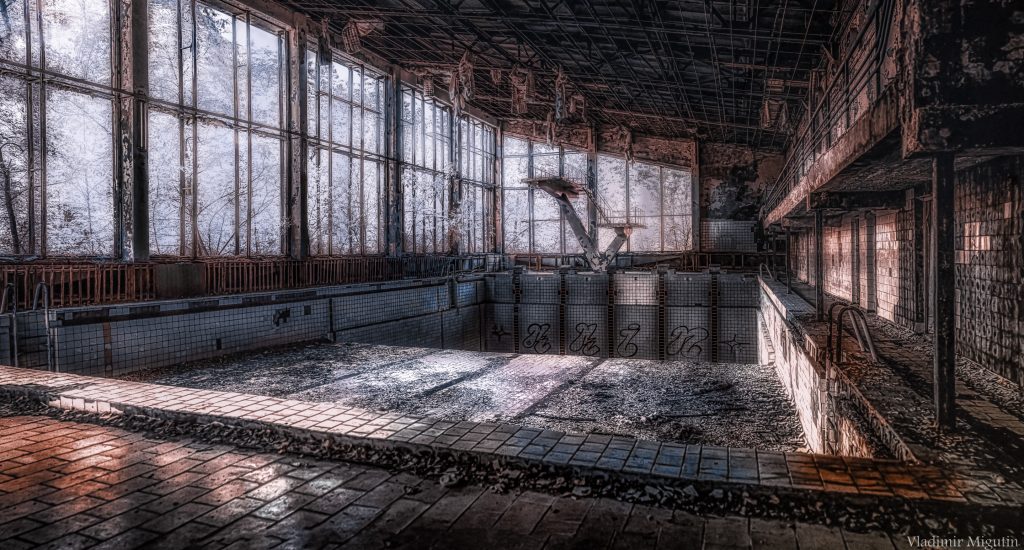 (To learn more about digital infrared photography and how to make pictures like these, click this link check out our tutorial section!)