Cape Point, South Africa, close to sundown (5pm) when the landscape is bathed in a golden light.

[A6600] The modified DeLorean used in Back to the Future on show at the National Mall in Washington DC at night; light painted with the electric flashes as it is about to jump through time. Washington Monument in distance, and US Capitol dome in the reflection

Overseas Highway, FL between Miami and Key West – a speed boat rushing besides a power pole in the open water of the straits of Florida.

Glenstone museum complex in Potomac MD; two reclining chairs below a tree on the patio area. The vivid IR color lends a peaceful but apocalyptic air to the shot.

Shot of the Kirstenbosch National Botanical Garden in Cape Town, South Africa, a lush tree aligning with a peak on the Table Mountain range behind.

Boston architecture (resubmitted as first attempt did not go through!) – The black and white amplifies the patterns and textures of the architecture in Boston; smooth curves, rough planes, parallel lines, and grids.

Young girl exploring the Witch’s Castle in the woods near Portland, OR – a ruined Park Ranger station from the 1930s. 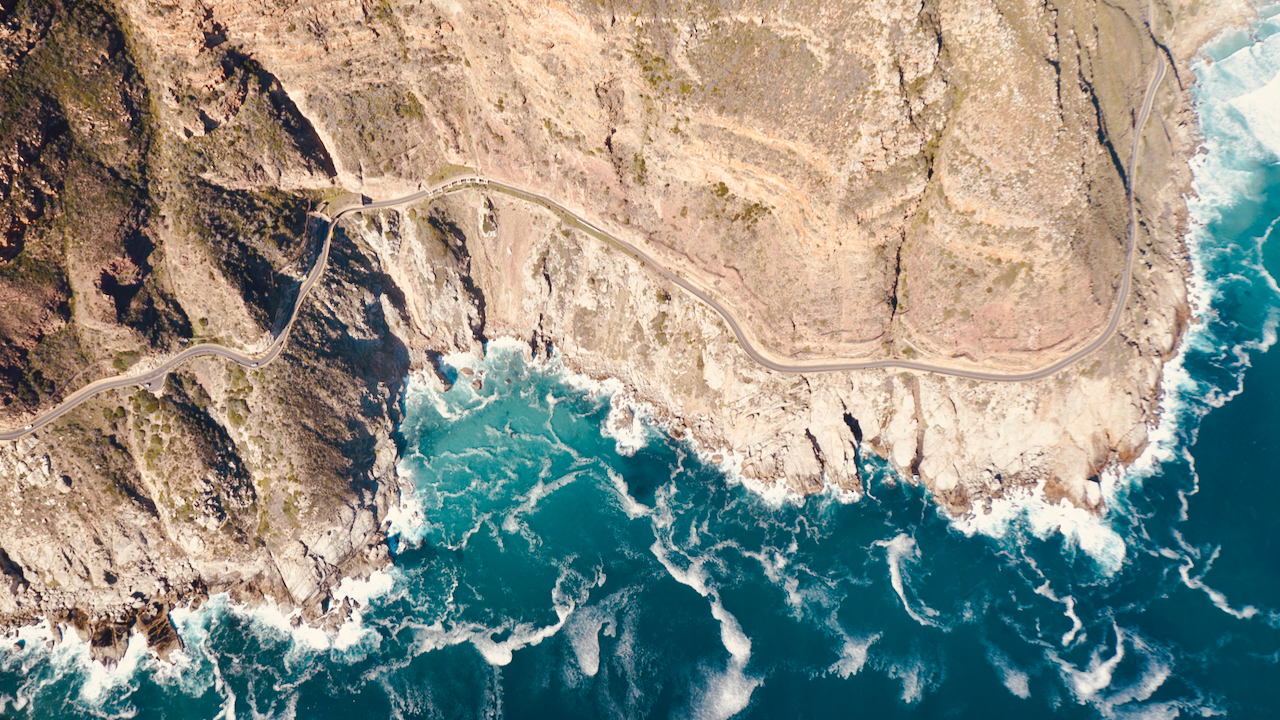 Aerial view of Chapman’s Peak Drive in South Africa – a 9km long stretch of road carved out a steep cliff right above the Atlantic Ocean. A thrilling drive, and a towering engineering marvel.