Summertime in Paris, where the heat led to the transformation of the fountains of the Trocadero into swimming pools. Participation 1/15 – Pierre-Louis Ferrer.

A view to the hill of Montmartre after a big storm, where a giant and luminous cloud stood upon the Basilica of the Sacred Heart. Participation 2/15 – Pierre-Louis Ferrer. 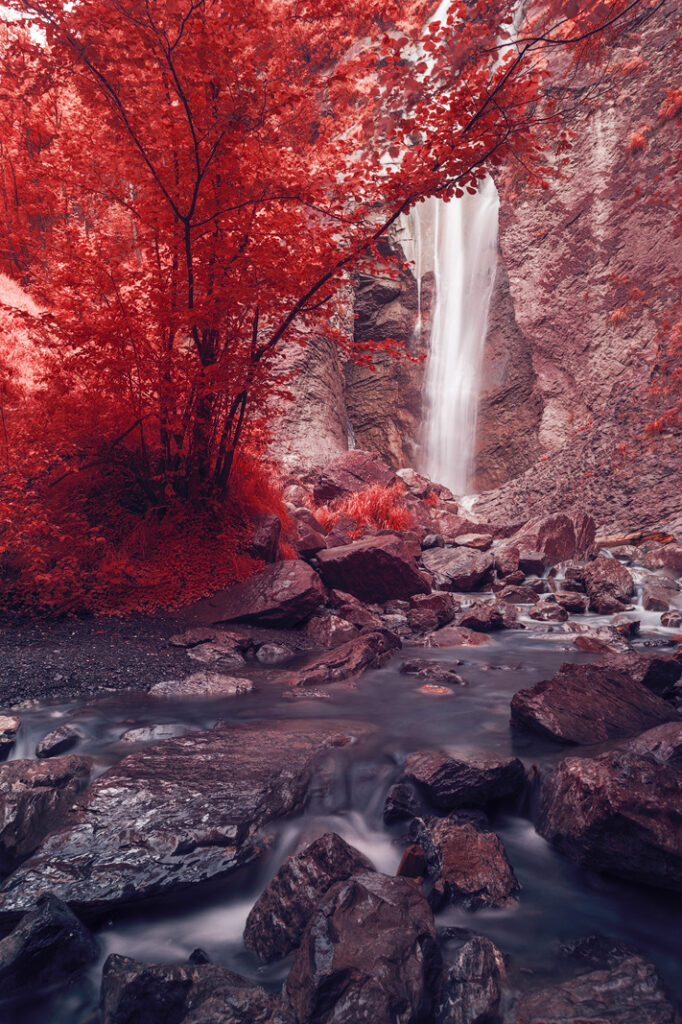 Natural portrait of Priscillia, with the gaze darkened by the shadow of the trees. Participation 5/15 – Pierre-Louis Ferrer.

Natural and graphic portrait of Laurène, masked by the foliage.

The Castle of Trévarez is a stately home in the commune of Saint-Goazec in Finistère, in Brittany, France. The former manor house was built in the 16th century (the west part) and the 17th century (the east part). The present structure was commissioned by James de Kerjégu, Chairman of the General Council of Finistère, and […]

The Suresnes American Cemetery and Memorial is a United States military cemetery in the Suresnes, Hauts-de-Seine, France. It is the resting place of 1,541 American soldiers killed in World War I. A panoramic view of Paris can be seen from the site, which is located high on the slopes of Mont Valérien. Participation 10/15 – […]

Living in a Dream

Isolated house near a river, like in an island connected to the rest of the world by a small bridge. The full reflection at the surface of the river gives to this picture an impression of celestial environment. Participation 8/15 – Pierre-Louis Ferrer.

One World Trade Center building surrounded by the trees and limbs from the 9/11 memorial, in Manhattan. Participation 12/15 – Pierre-Louis Ferrer.