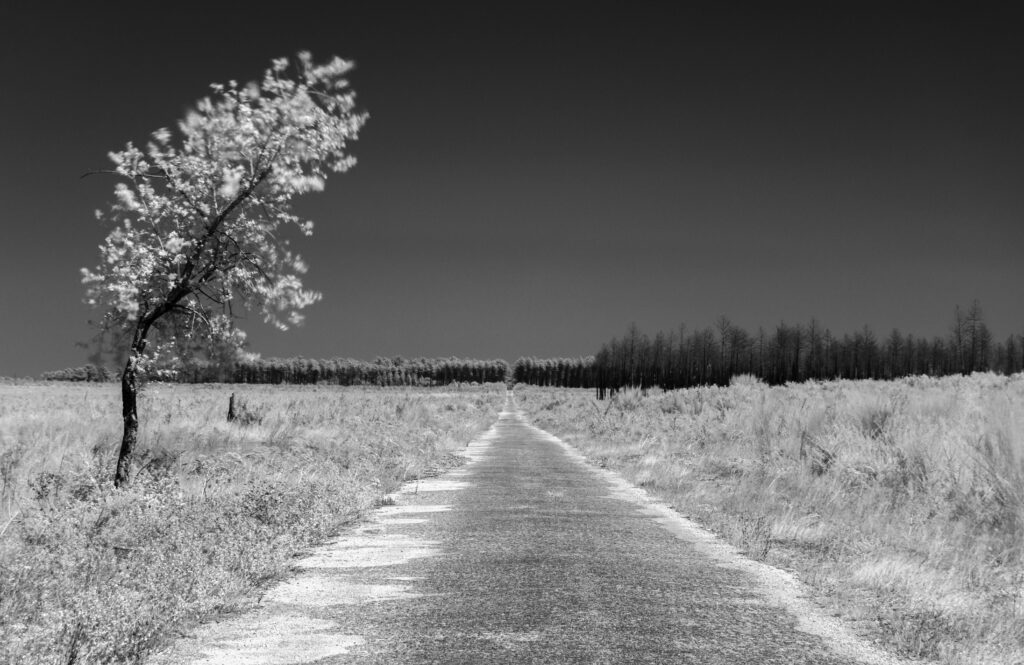 One of the several firebreaks created in Pinhal de El` Rei, a Portuguese forest, with the purpose of ordering the forest area and limiting the spread of forest fires. In 2017, these paths proved to be incapable of stopping the major fire that devastated about 86% of the total forest area.

Structure of a small greenhouse built from irrigation pipes on a farm in Cabanas de Viriato, Portugal.

Train passing over the valley of the Ribeira de Seiça, where one of the steepest ramps of the North Line is located, a railway axis that links the capital of Portugal to the second most important city in the country by rail.

Some of the stone pines burned in the great fire of 2017 that devastated the Pinhal de El`Rei, the largest forest area belonging to the Portuguese state. 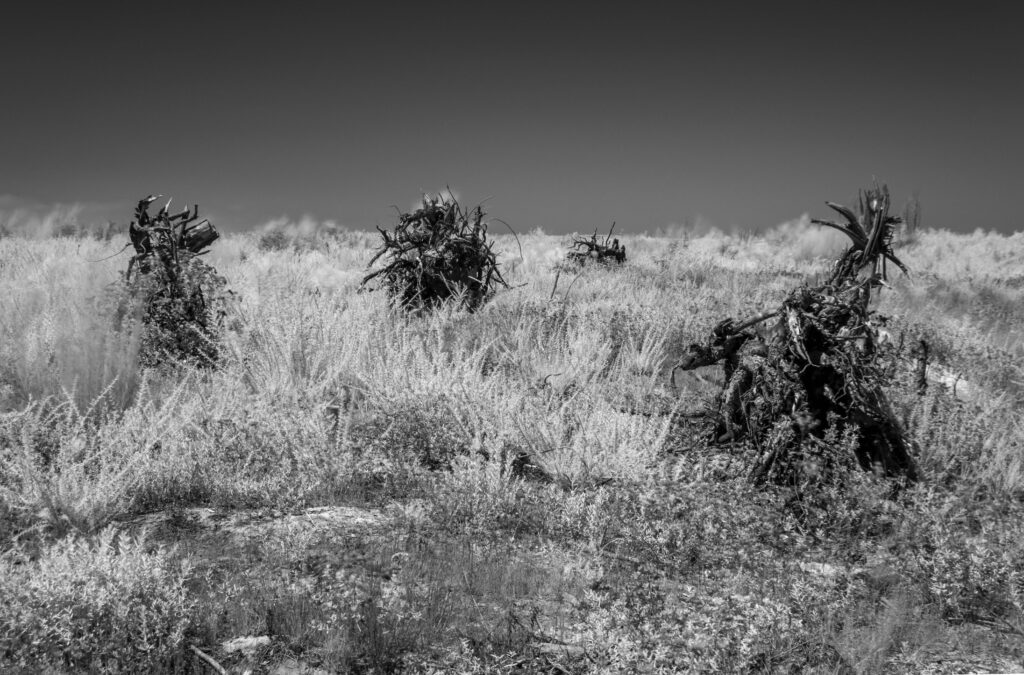 Base of some trunks, showing traces of tame pine trees that used to exist in Pinhal de El’Rei, located in the National Forest of Leiria, prior to the great fire of 2017. In the 15th century, the wood from this forest was important for the construction of boats of the Portuguese discoveries. As a consequence […]

Separated by the border

Rio de Onor and Rihonor de Castilla grew around the Luso-Spanish border that divides the same populace. These villages have their own system of rural administration and a local political council, share all the economic activity between them, agriculture and tourism, and have their own language, called rionorês. 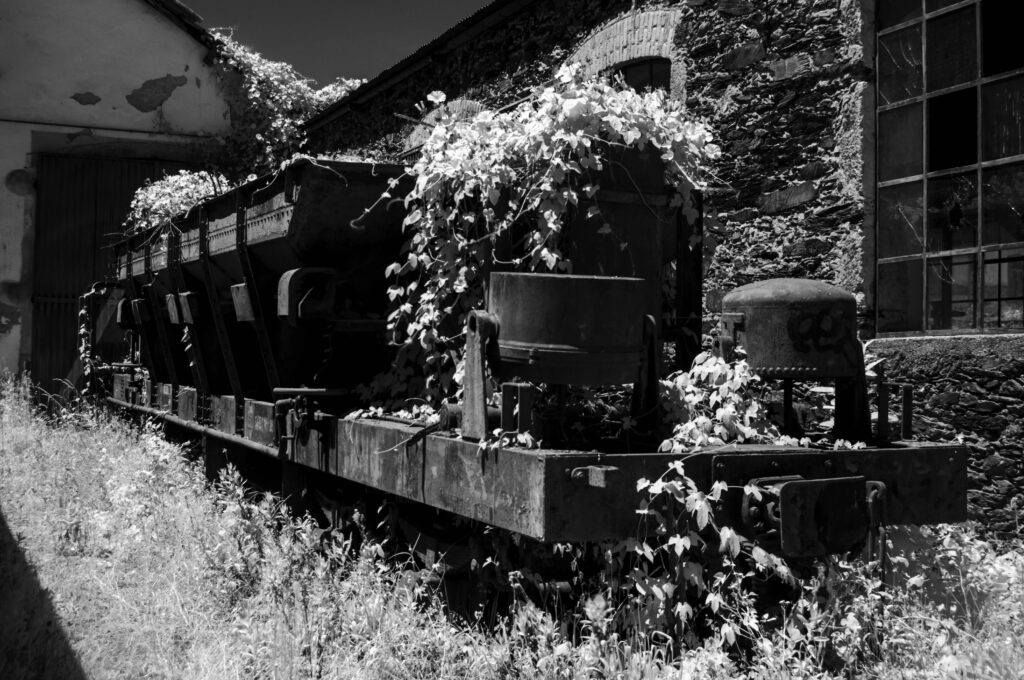 Former wagon used in the transportation of sand and ballast in the Vouga Line. The wagon is abandoned on the premises of the only workshop dedicated exclusively to narrow track rolling stock in Portugal, located in the village of Sernada do Vouga.

Almourol railway station built next to the military complex in Tancos in order to maneuver military columns more quickly in case of war. Nowadays it looks like a “ghost” station with little passenger movement.

Train composed by wood transportation wagons stopped at Louriçal railway station, Portugal.In this station, the freight trains, which then go to the pulp mills in the region, reverse their march.