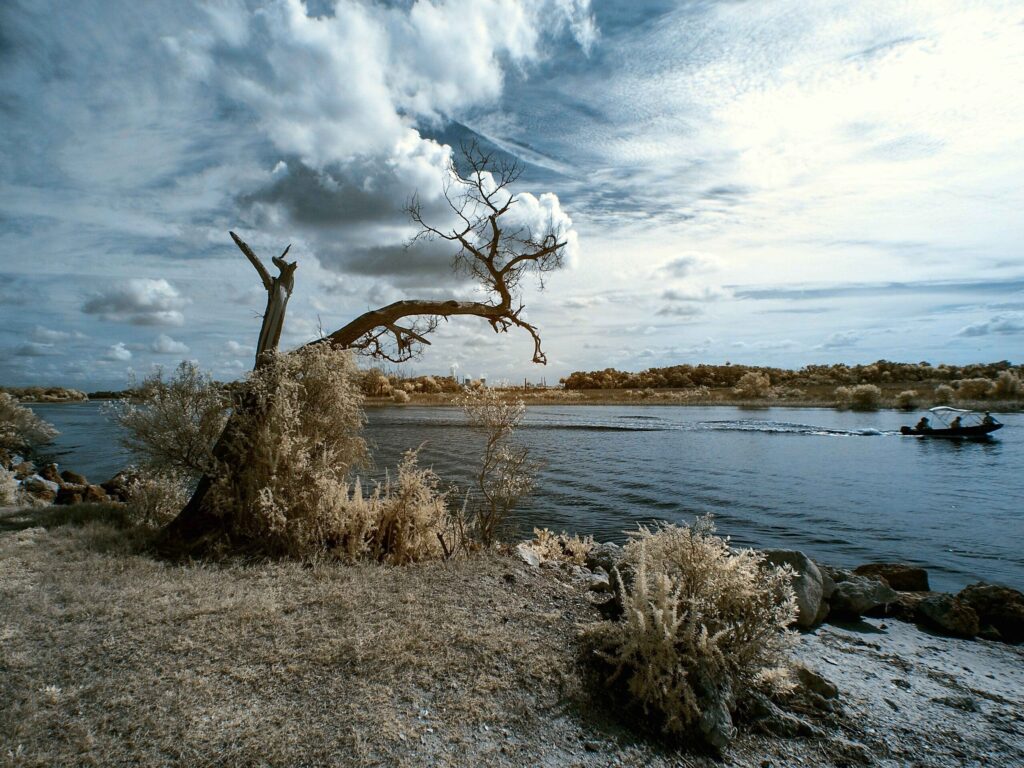 A winter scene shot in Florida. The tree in the foreground appears to be holding back the clouds as the boaters race away. 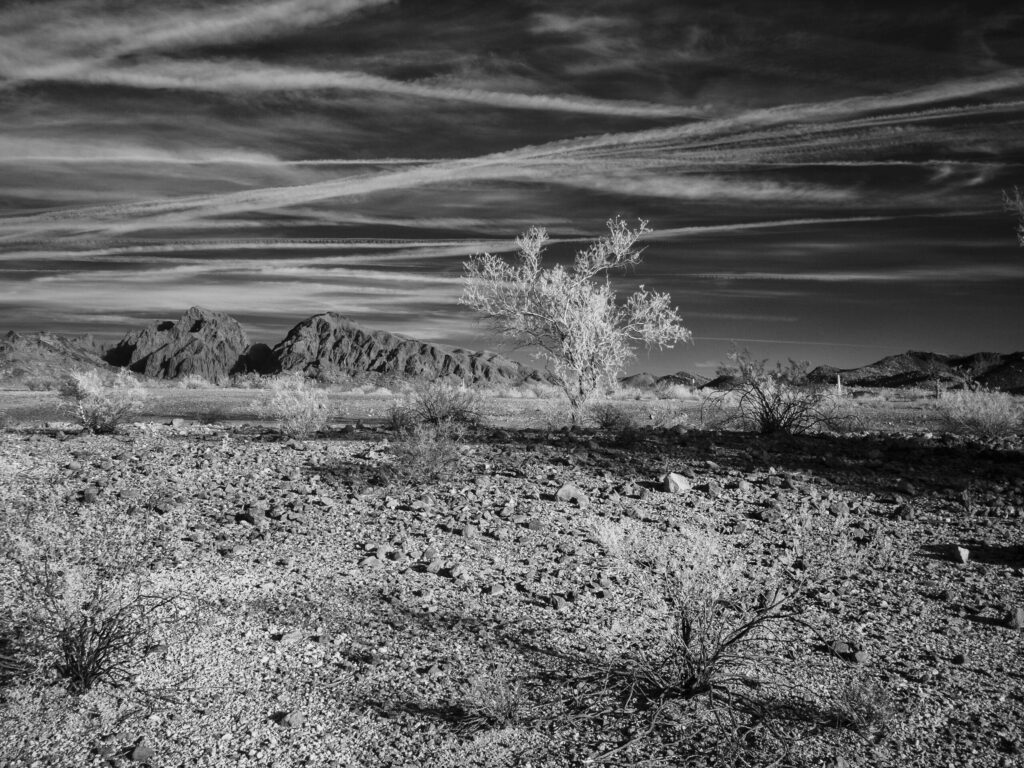 Taken through an orange (G) filter on a day when IR shots just weren’t working. Sometimes you just have to take chances though. A fair amount of green wavelengths pop through orange filters so why not use that? A swatch of color maybe?

Simple scenes occasionally work well in IR. This is from an undisclosed location along the American Atlantic coast. I wish I were fluent enough in the art of critique to say why this worked for me, but maybe it’s enough to point out that reflections are pretty. 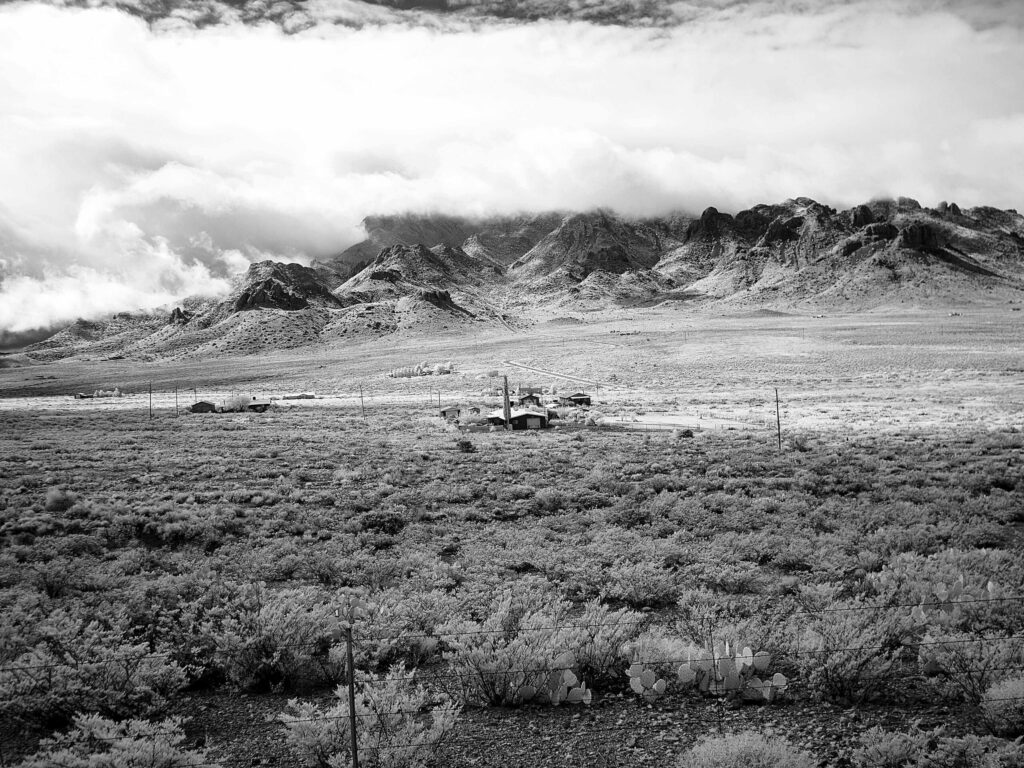 A shot from the roadside in New Mexico. I don’t know whose place this is but it sure was stunning. If I win, I’ll give the property owner half!

I try to sneak a sliver of the sun into the frame of an IR shot once a in a while just for fun. It’s a wonder the camera hasn’t been destroyed. Usually the results are predictably poor, but on rare occasions I’m treated to a something like this–a blast from the heavens that looks […]

Nope Not This Time

That’s got a hot spot, right? In this case, the clouds parted and a shaft of sunlight illuminated a forest of saplings directly in front of the camera lens. Said lens recorded the scene dutifully and faithfully. I’ll take this skyscape anytime.