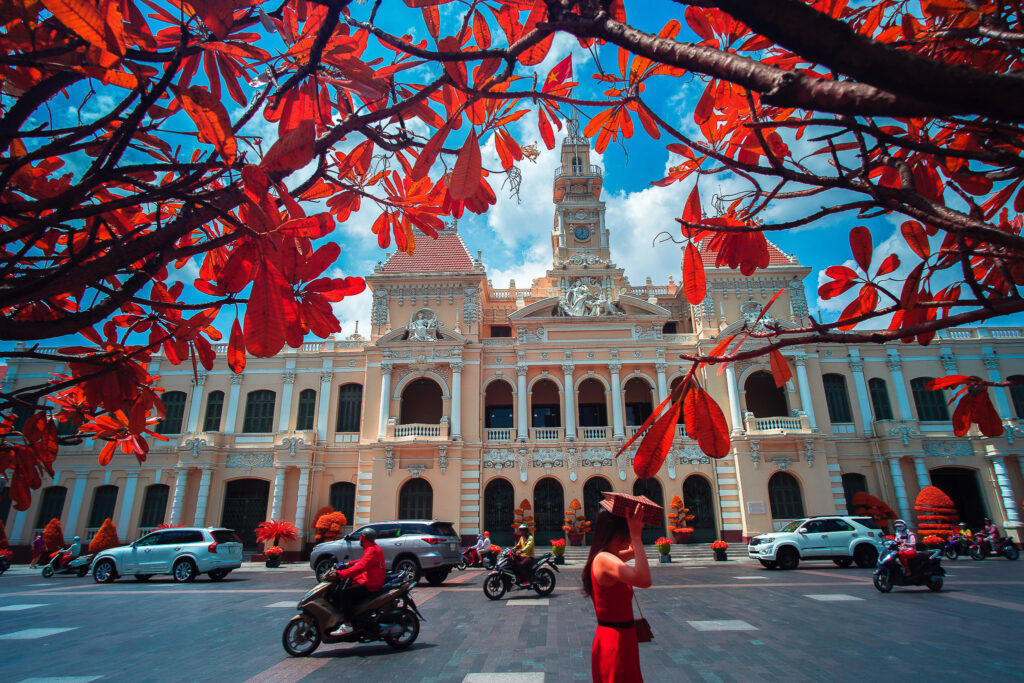 “Saigon in red” is my personal photo project at my home town. I would like to share some perspectives on our city at this time. It has changed and different from what you know about us before VietNam’s war. Our city is changing and growing with the appearance of big building and new iconic landmarks. […] 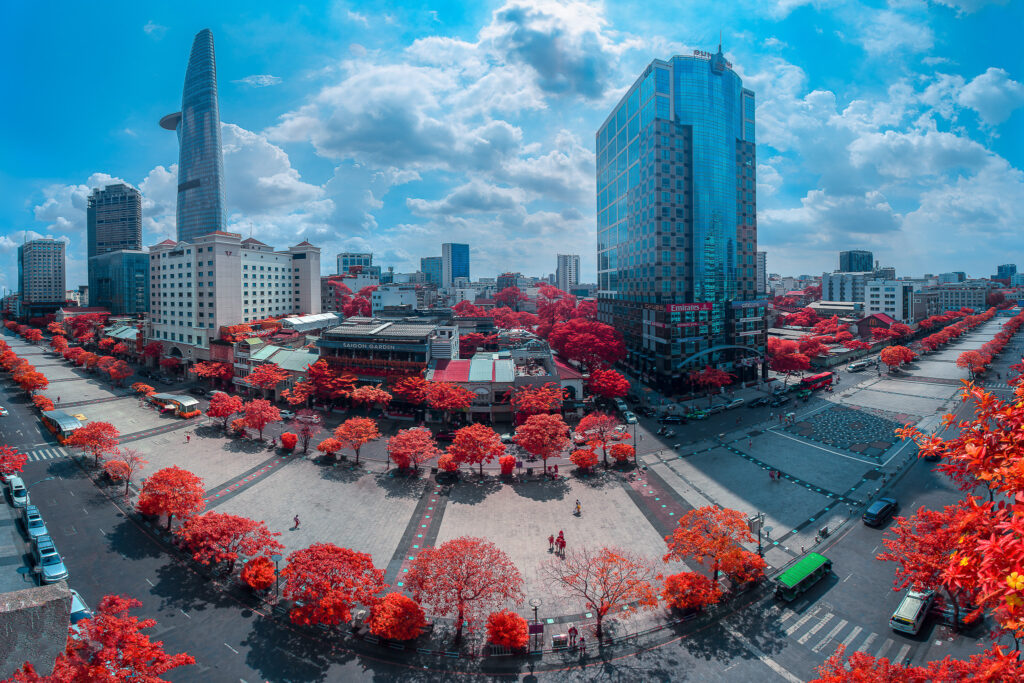 Pic 2-10: Nguyen Hue walking street is a broad walking promenade in the middle of District 1 city centre. This pedestrian area is flanked by some beautiful French colonial architectural wonders like the People’s Comittee, the Rex Hotel and a luxury shopping mall. 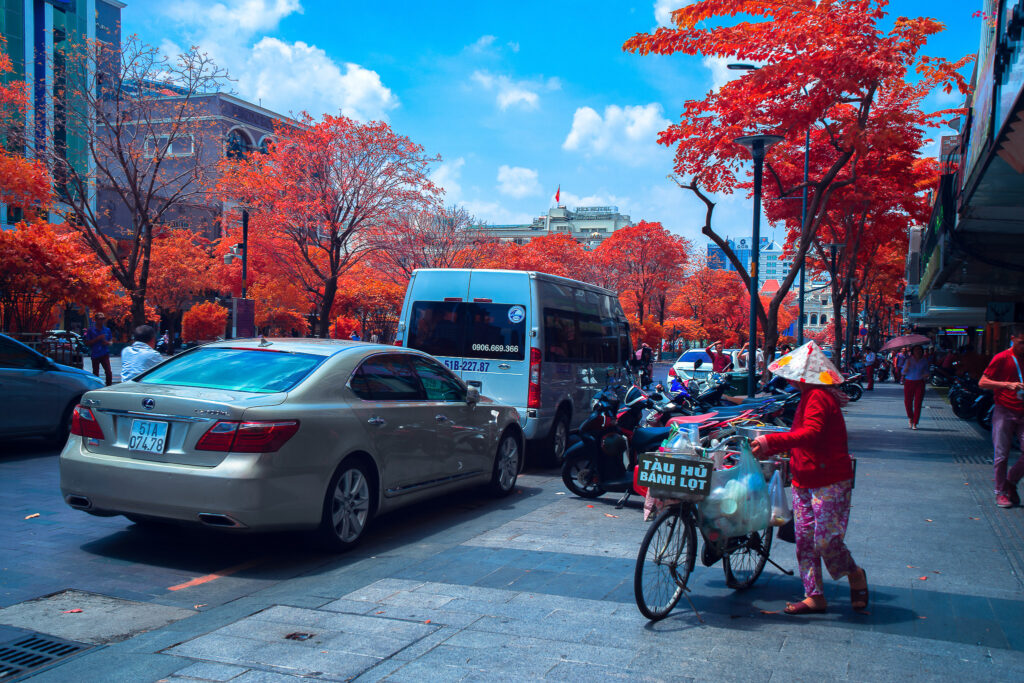 Pic 3-10: In the downtown there are always many different and opposite activities. People sell street food and souvenirs on the street next to luxury hotels and restaurants. 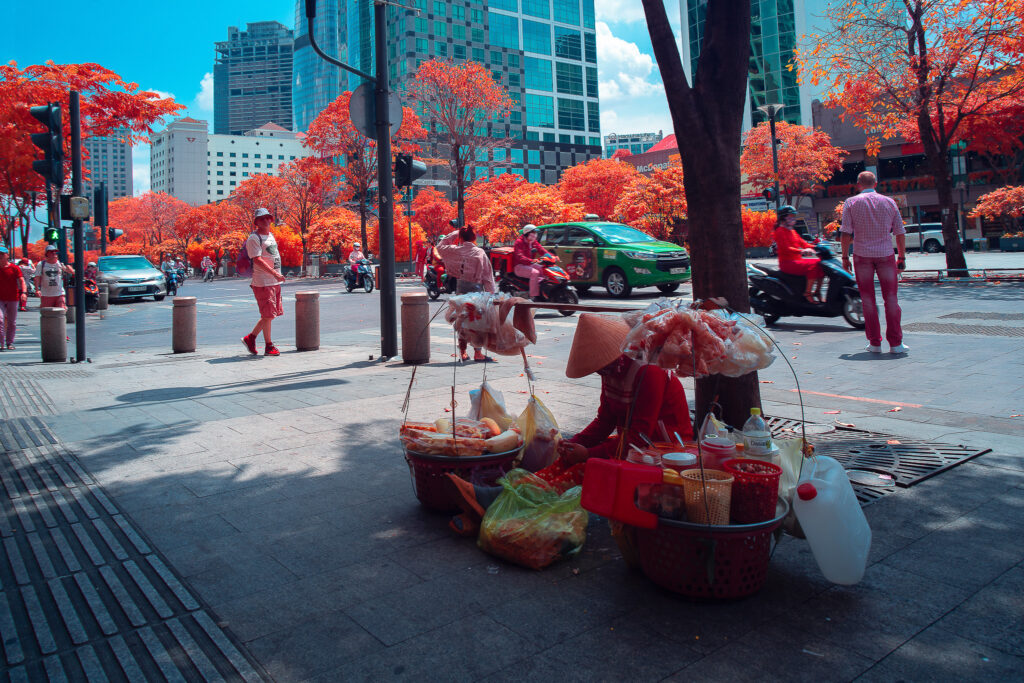 Pic 4-10: Street food in Vietnam is also a cultural feature. Locals and foreigner also love to enjoy it from the street food vendors in the street. 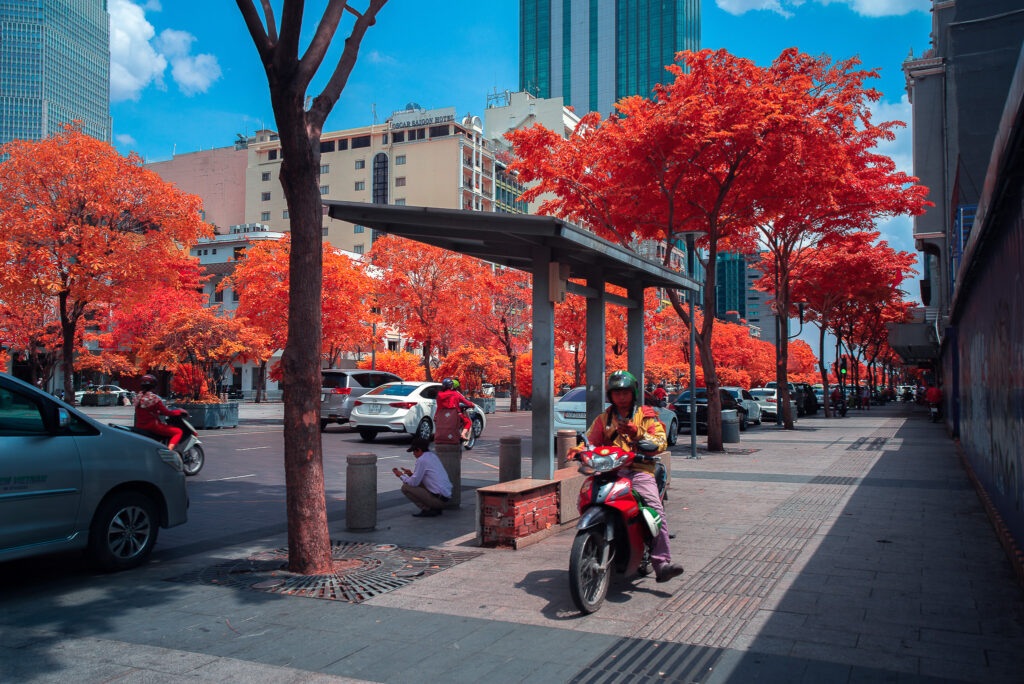 Pic 5-10: In Vietnam, motorbike transportation is the most common and creates many jobs. People also like to ride motorbikes because it is convenient, fast and low cost. 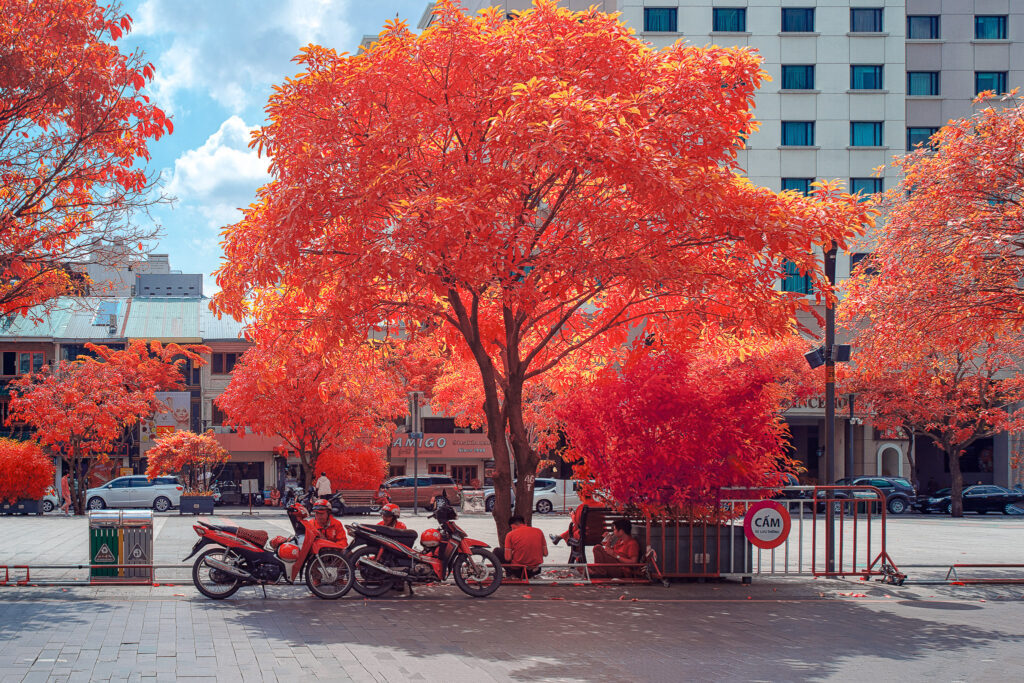 Pic 6-10: Normally, the weather in Vietnam is hot, so people like to sit in big trees like this. 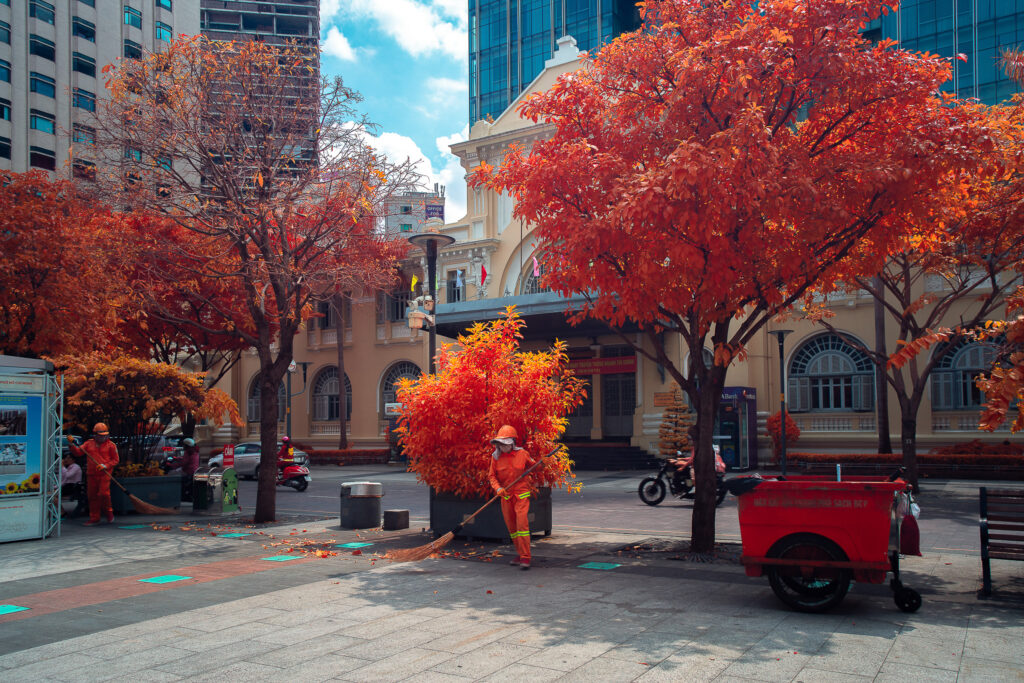 Pic 7-10: Cleaning is also important to keep the the city clean. You can easily see cleaning workers working in the street like this. 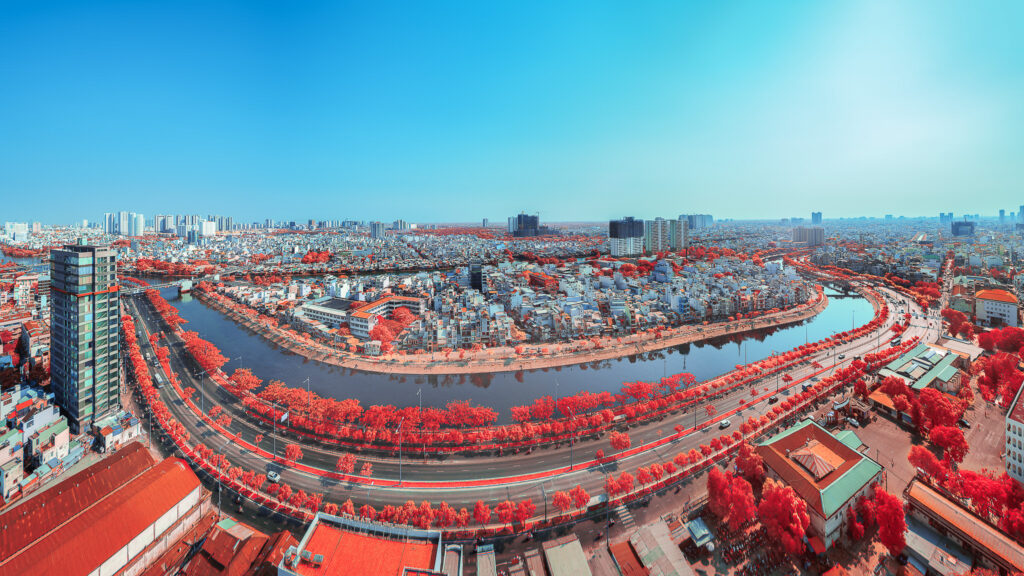 Pic 8-10: East-West Highway, is the most modern road running through downtown Ho Chi Minh City in an east-west direction. This is a strategic route which helps promote the economic development in Ho Chi Minh City in particular and the entire southern region, southern central and the Central Highlands in general. 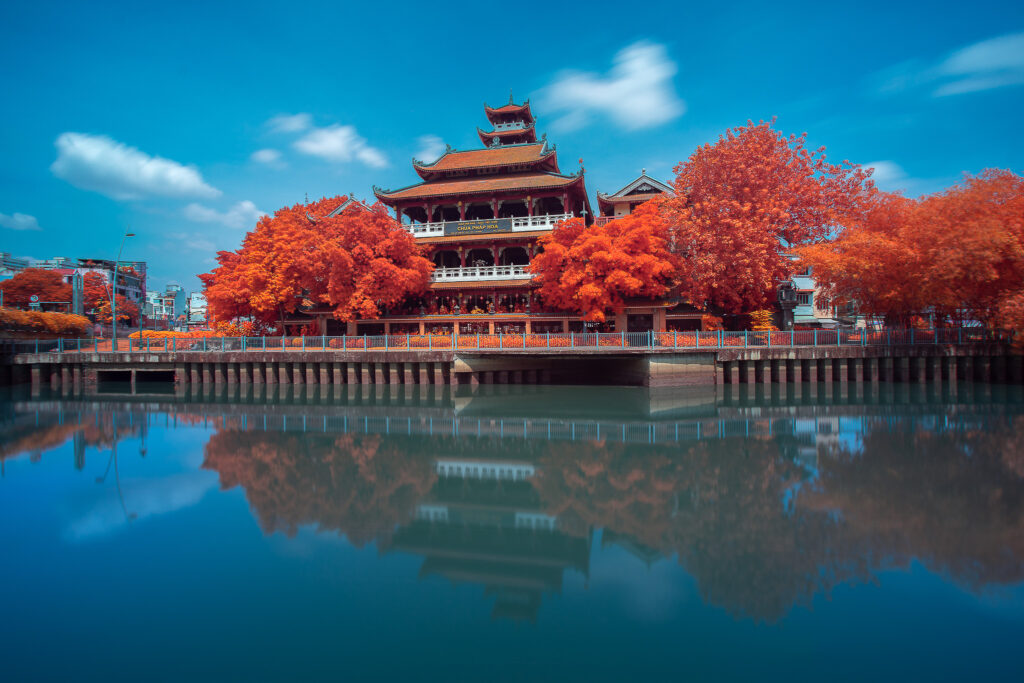 Pic 9-10: Phap Hoa Pagoda (Lotus Pagoda) Buddhist pagodas is one of the oldest and most famous in this city. This is also a cultural and spiritual location that is important to the people of Vietnam. 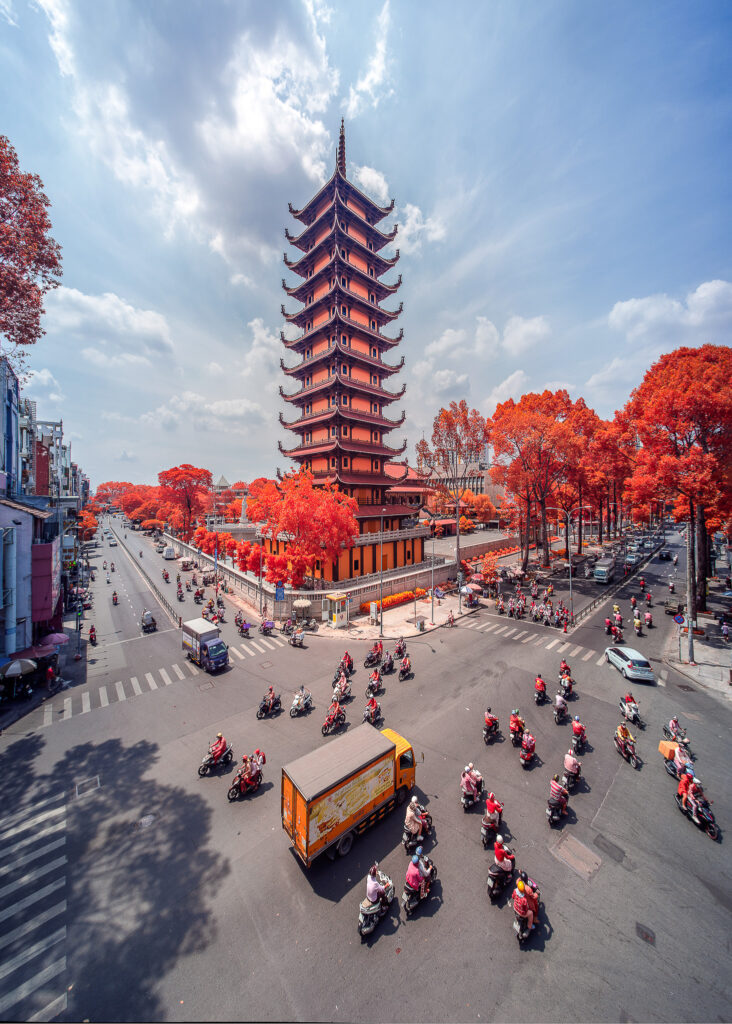 Pic 10-10:Viet Nam National Pagoda is located in one of the most crowded streets in the city. The street usually is filled with passengers and vehicles. In the city it was common for such big temple like this.

City in the Mist 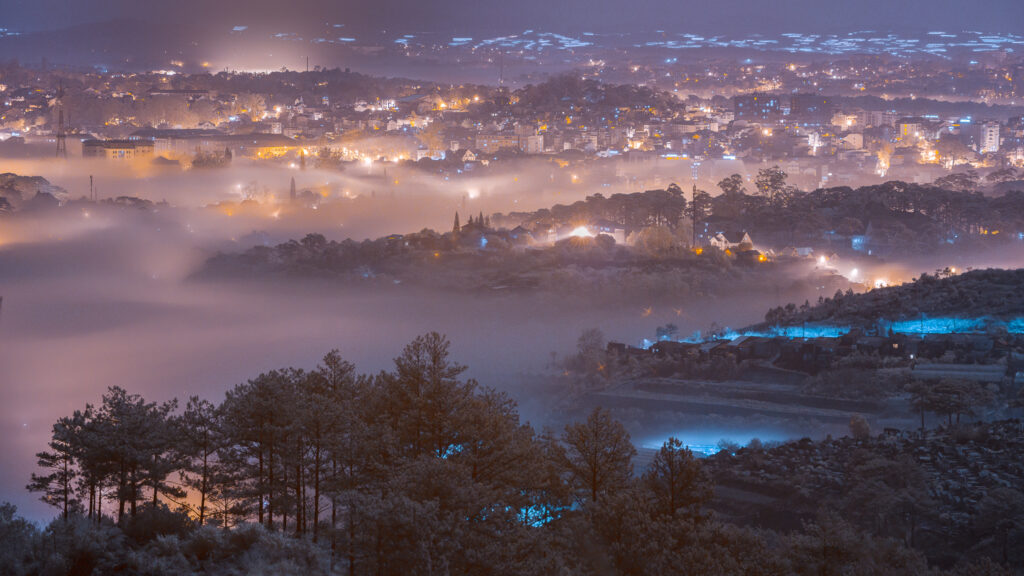 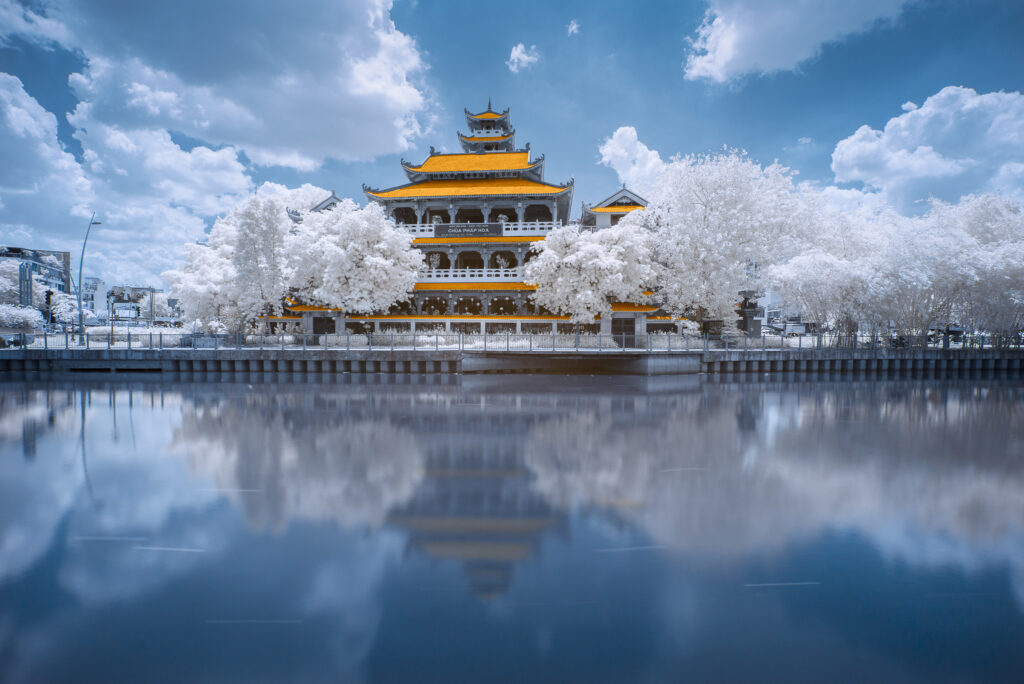 Phap Hoa Pagoda (Lotus Pagoda) Buddhist pagodas is one of the oldest and most famous in Ho Chi Minh city, Viet Nam. This is also a cultural and spiritual location that is important to the people in Vietnam.