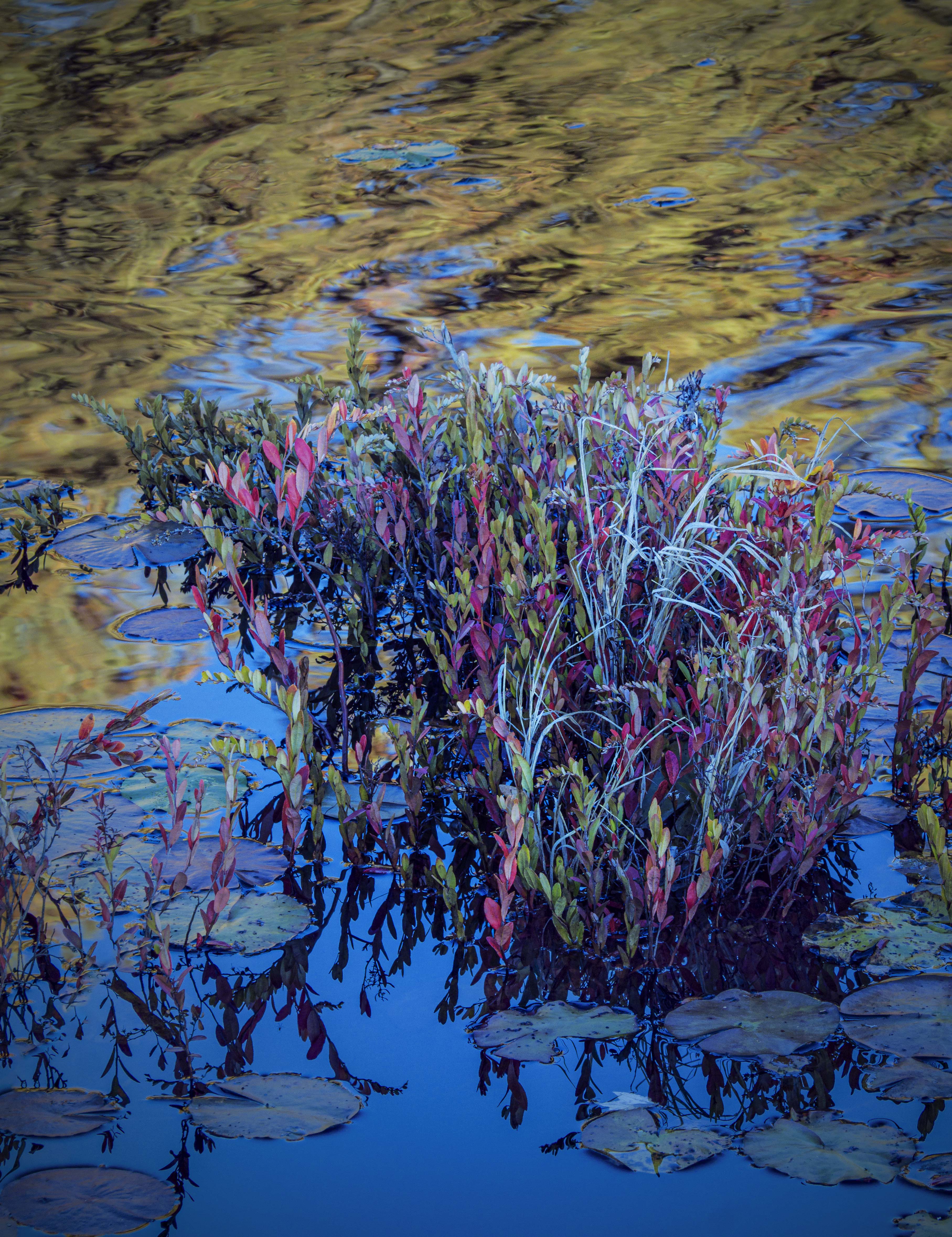 After drought and flood conditions, the sturdy foliage holds on for the onset of frost season. NJ Pinelands, October 2022

Last Lillies of the Season

Water lilies after the first frost in Jersey Pinelands.

With the fall and the drought not all the fall colors are seen. Much of the rabbit brush appears dead. With IR, some come to life amid the red granite rocks.

A worn and weathered fishing boat rests against a sandbar on Point Reyes Peninsula, California. 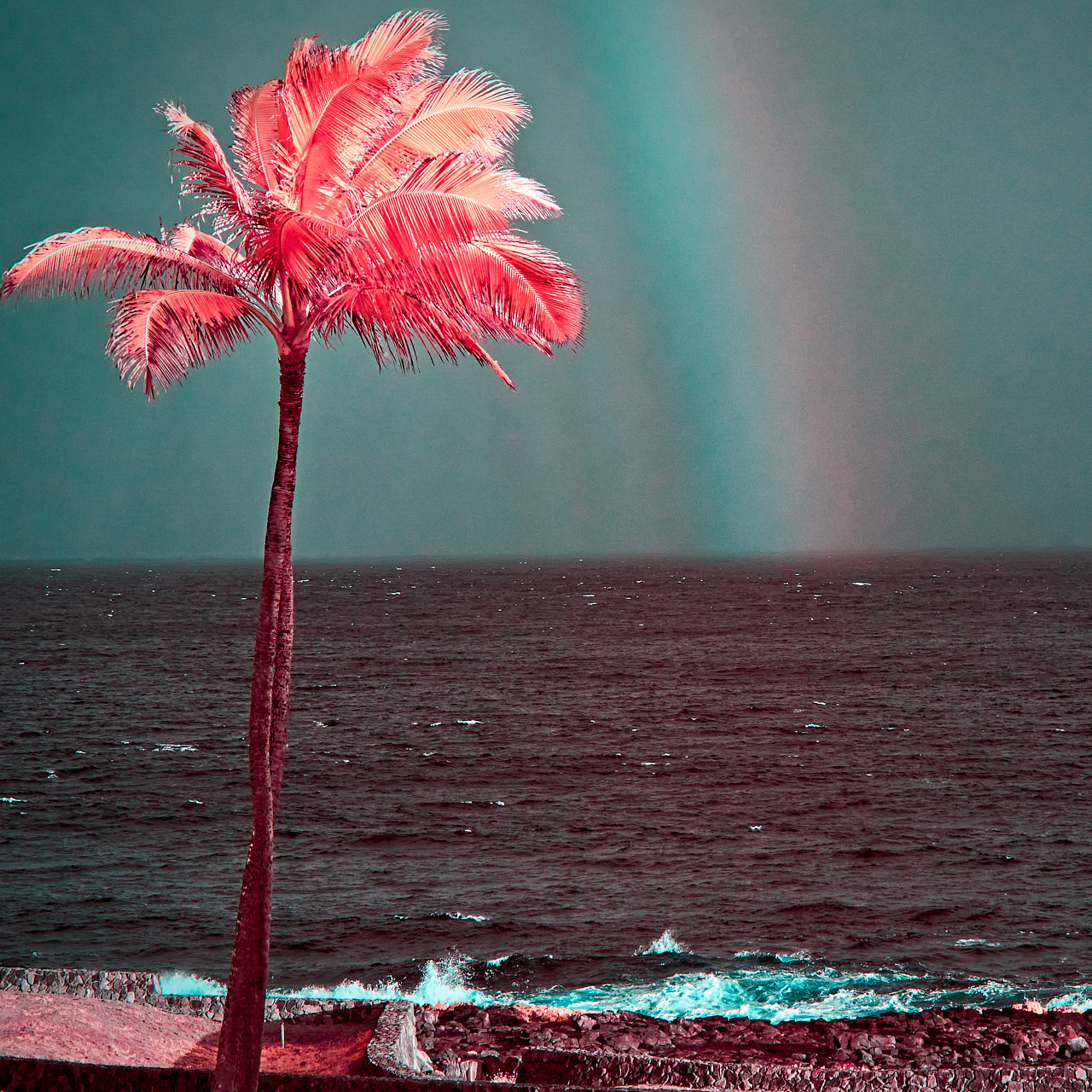 I saw this rainbow off the coast of Kauai and wondered what it would look like in IR. The RAW photo was developed using Capture One and processed via Photoshop for red-blue swap and refined with ON1 Effects. 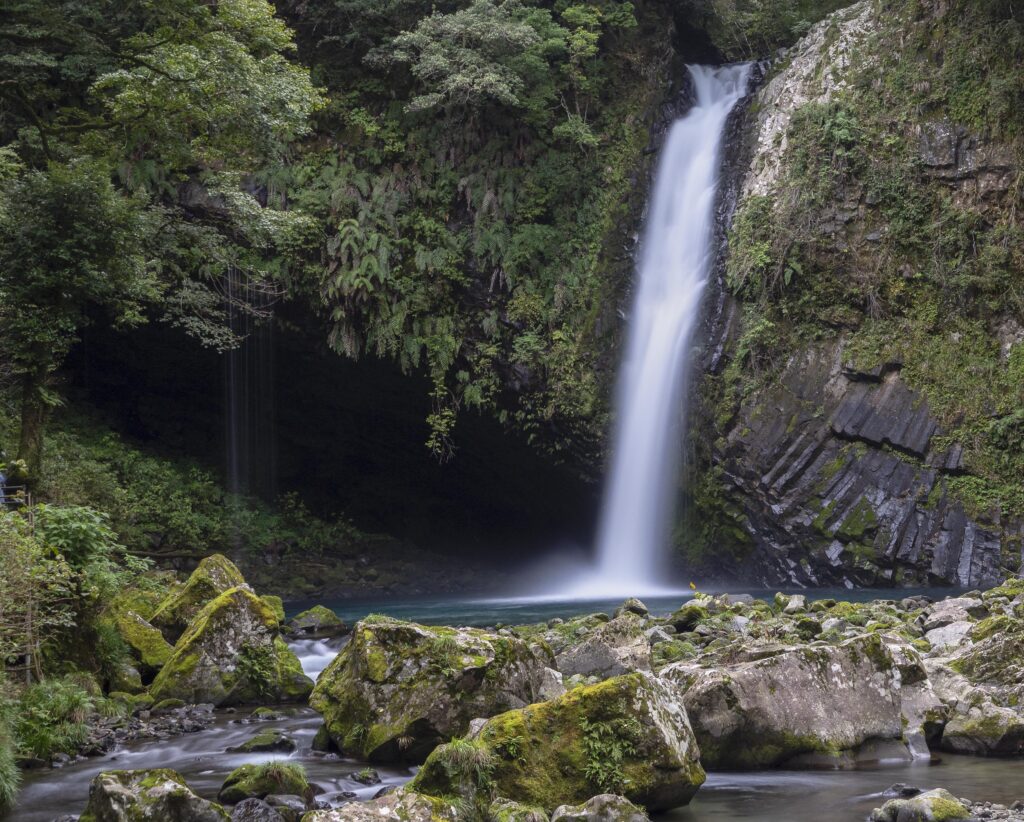 Photo of Joren Waterfall in Shizuoka Prefecture of Japan. 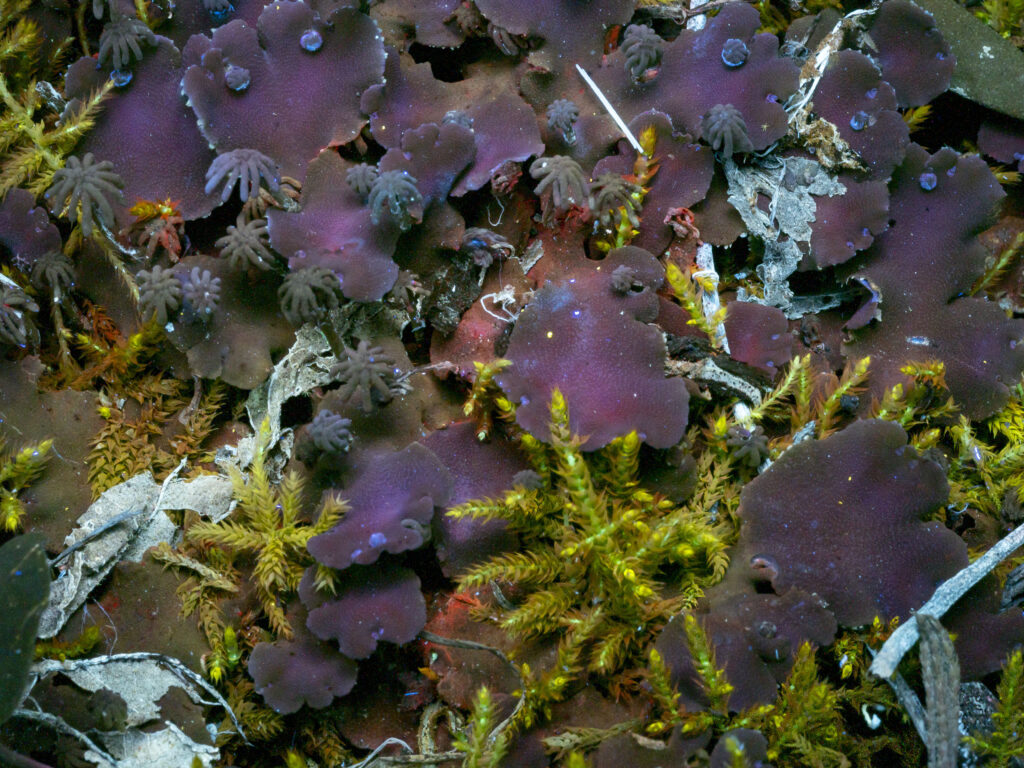 A liverwort fluorescing under UV flashlight shining through a visible-light-blocking filter; camera has UV-blocking filter. These colors are the true colors; this is not a false-color image. Note: Camera was an Olympus PEN F, not available in your drop-down list so I chose the most similar camera from the list.