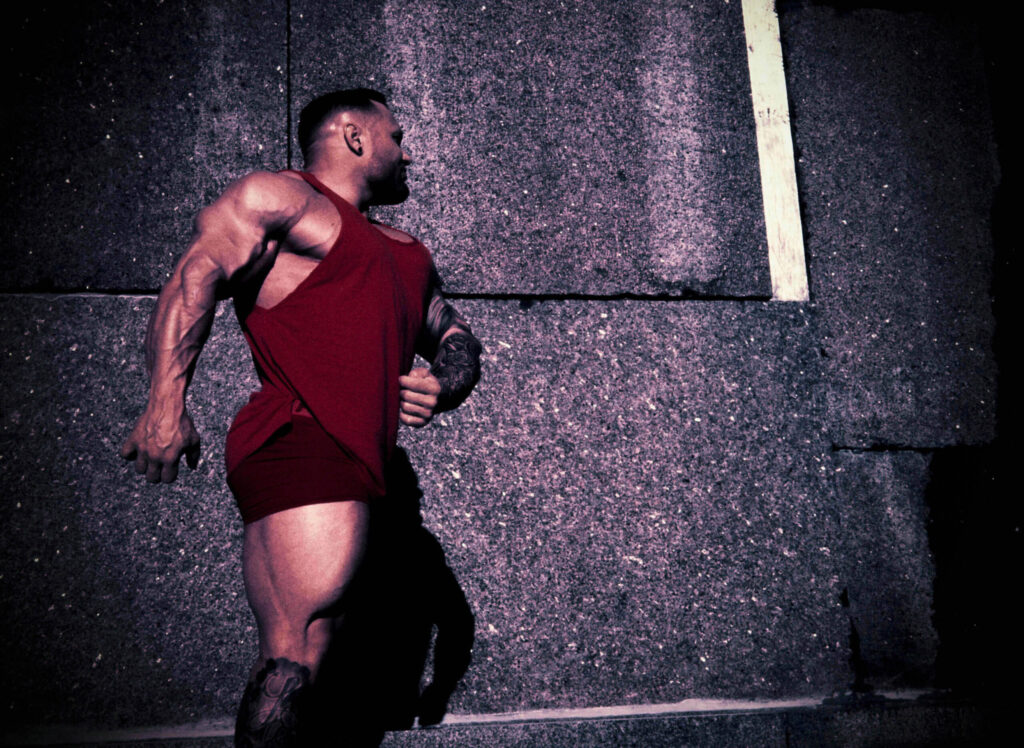 As a professional bodybuilder Marius “Metern” Grøtterud has to keep up with a strict beauty regime. Sunbathing, hair removal and diets are all part of his daily life. Here photographed on the last hot day of the year in his hometown of Oslo, Norway. Tomorrow, he will be flying to Iran to fix his teeth. […]

Forever romance in Vigelandsparken. A big statue park and one of the biggest tourist attractions in Oslo, Norway. This photo is taken with Kodak Aerochrome medium format slide film. The camera is Fuji GS645 with an orange number 16 filter on the lens. The film was originally developed by Kodak during the Second World War […]