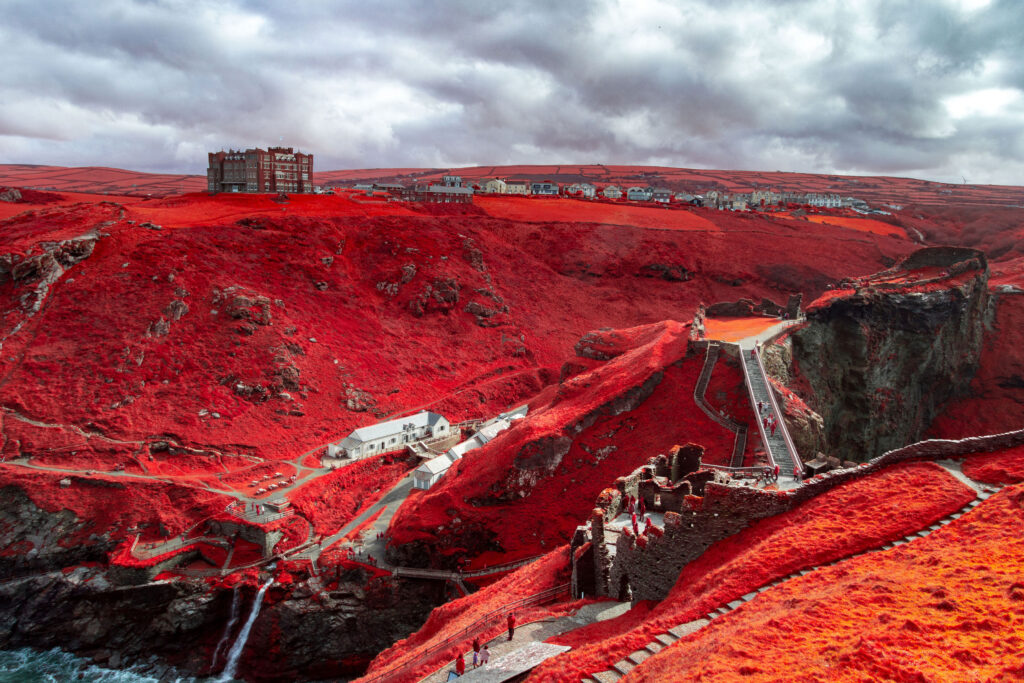 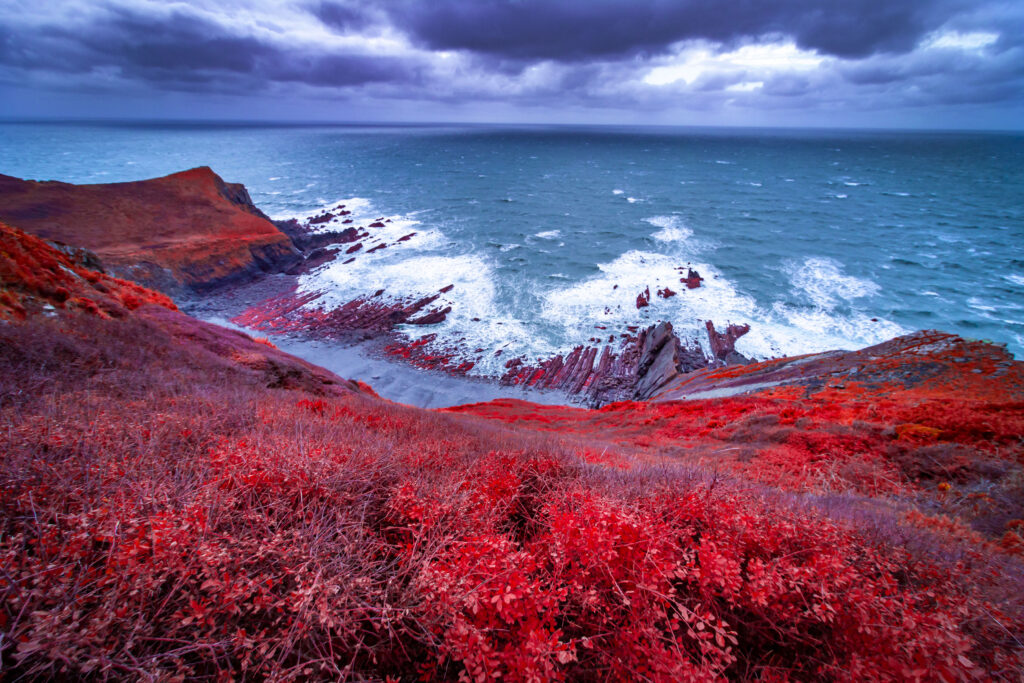 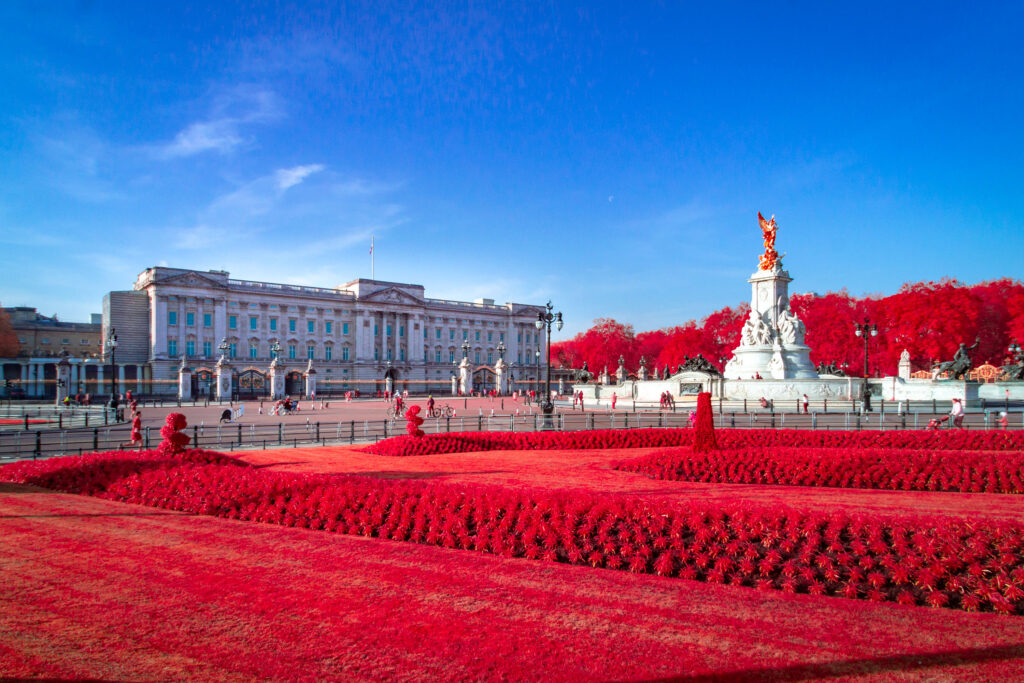 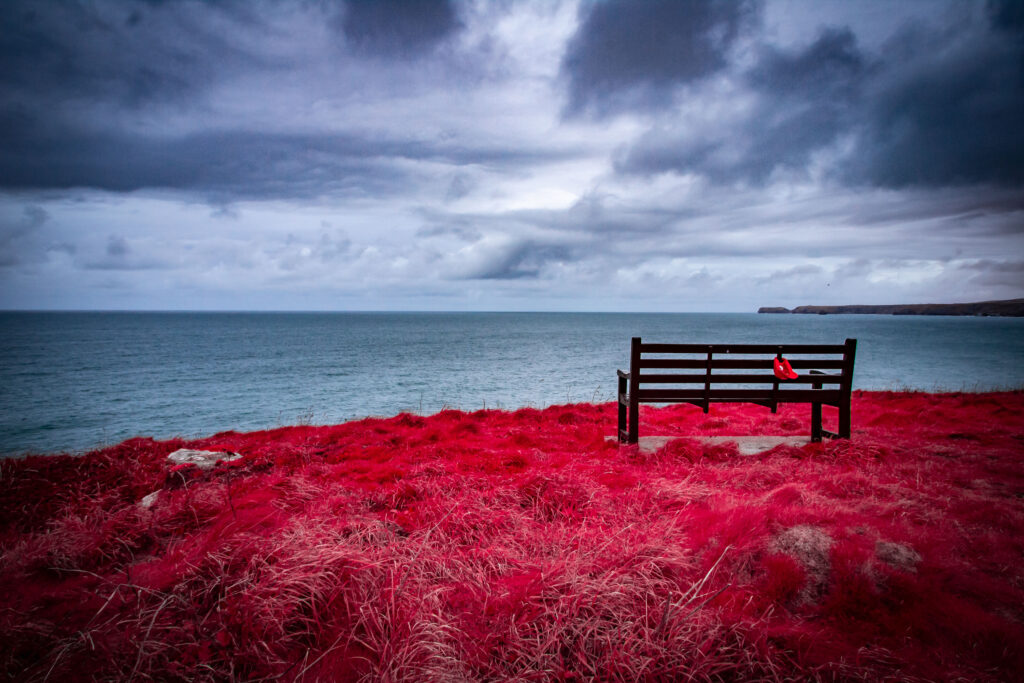 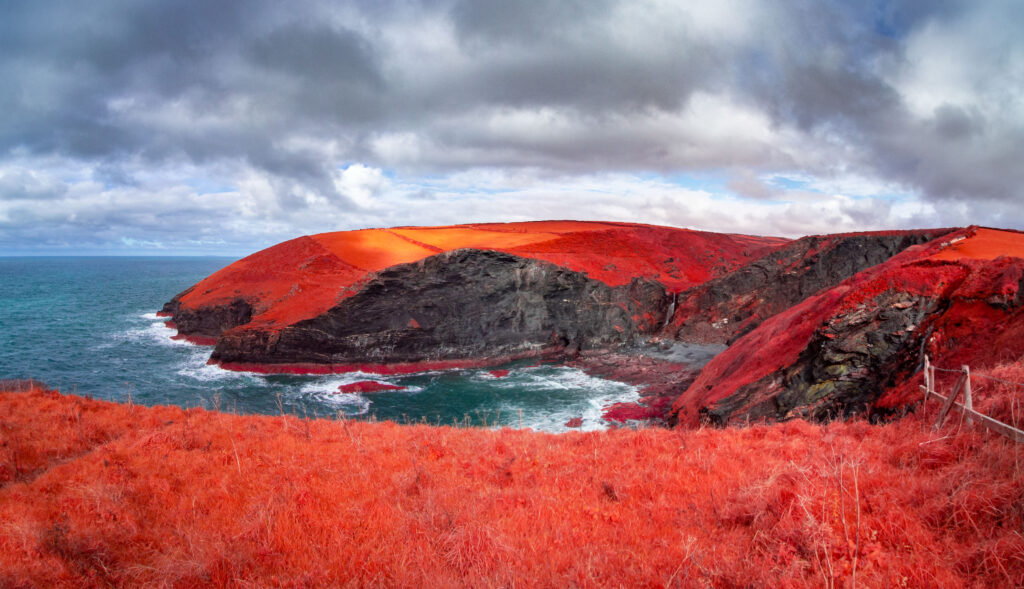 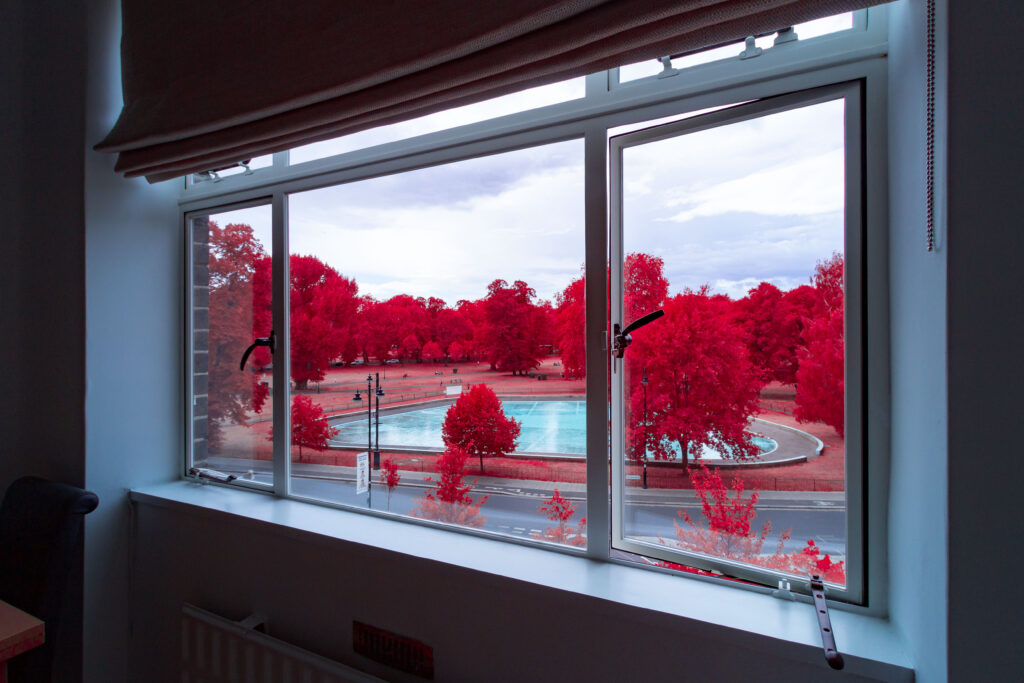 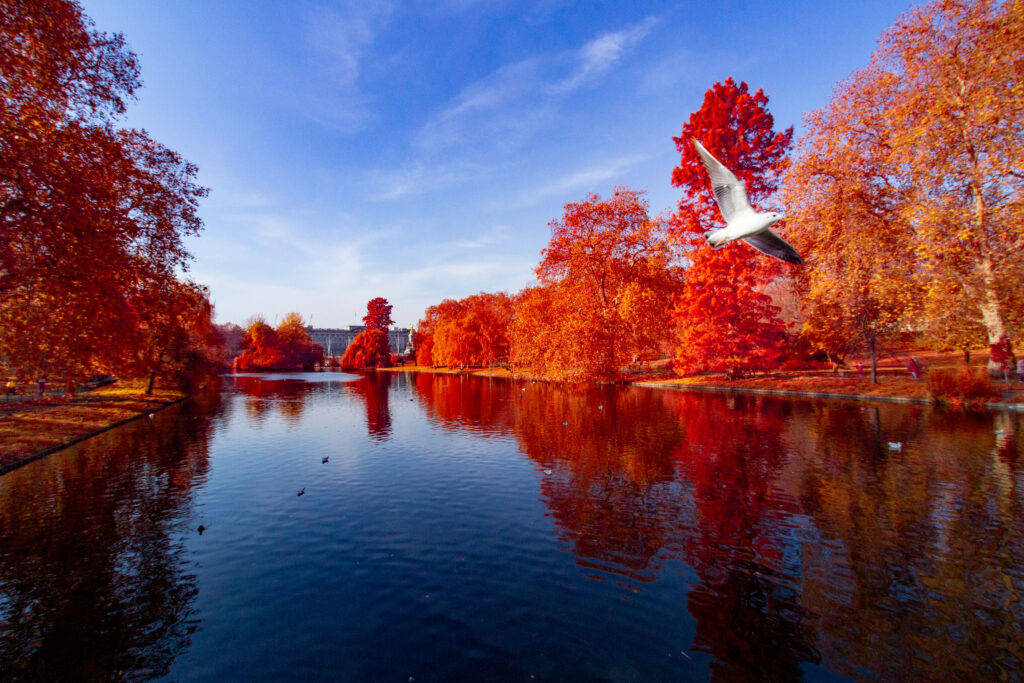 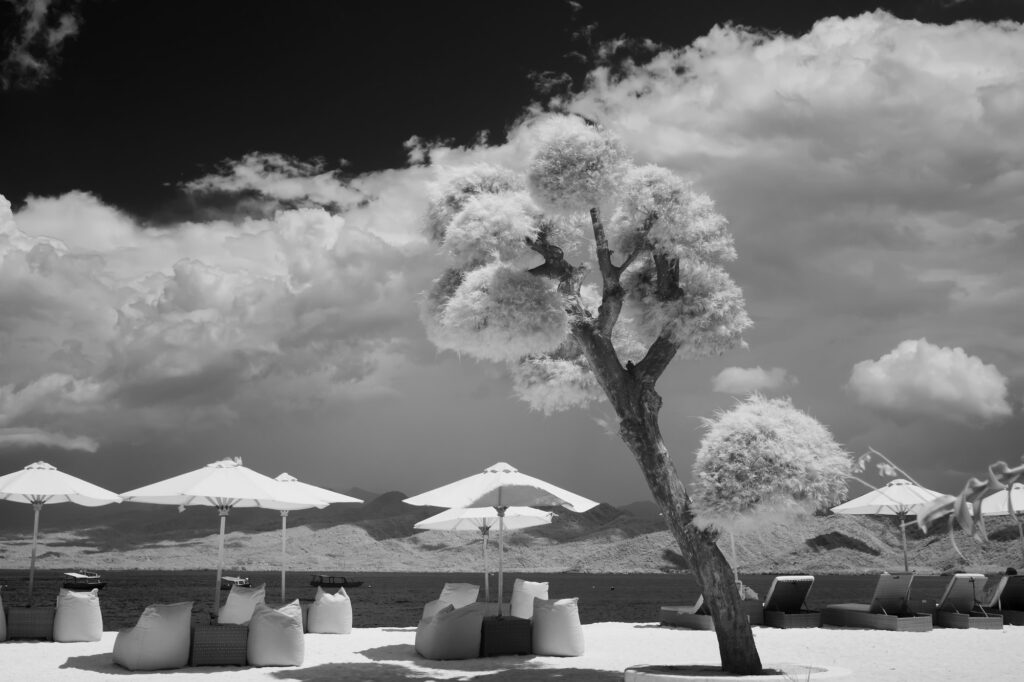 Peaceful landscape with a lonely tree with the fluffy balls of leaves taken in Indonesia with a B+W 092 filter and Canon 1200D modified camera. Dark sky and dark water make a good contrast with the white sand and white leaves. The vegetation on a background is partly darkened by clouds shadow creating some midtones. 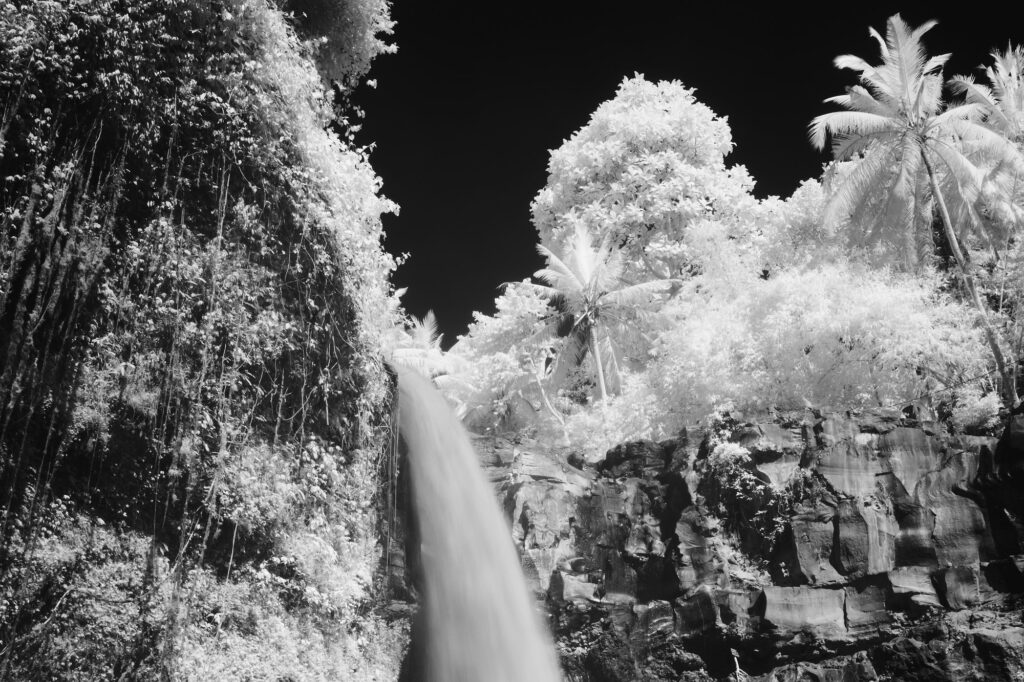 This picture of a tropical waterfall was made by me in a sunny hot day in Indonesia. I like contrast which appears when vegetation becomes white and light grey instead of sky which create mood of a picture. Mostly i try to make pictures in retro style with a shifted tones which can’t be achieved […] 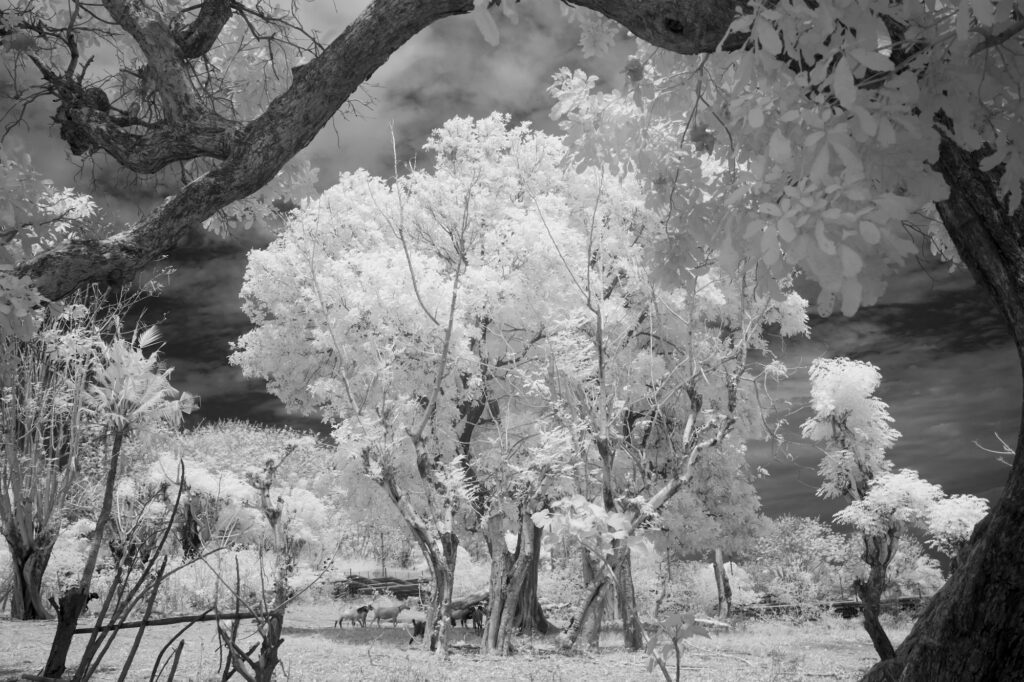 This view seems for me interesting cause it has different levels of interaction with a viewer. At first we see a natural window created by a tree branch, then some trees with the goats under them and finally we see dark stormy sky on a background. This photo was made in Indonesia with a B+W […]